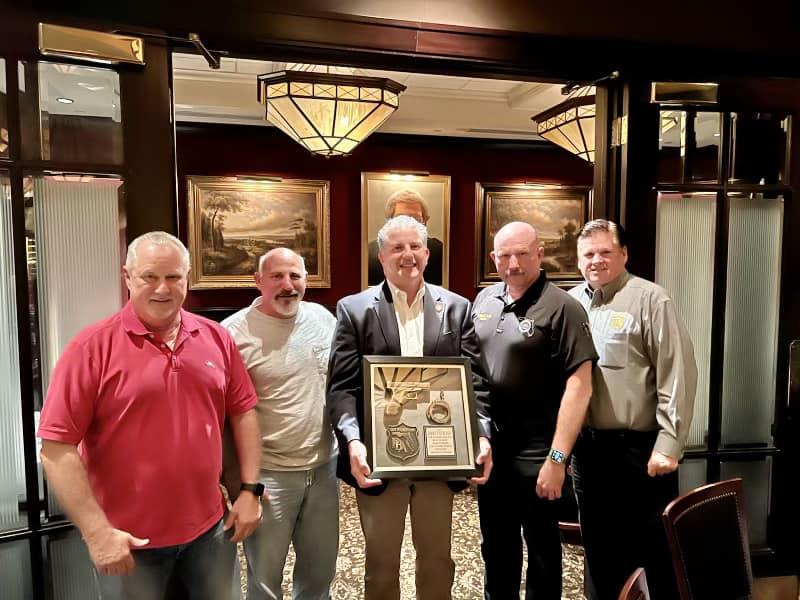 Via these pro-police measures, the Sunshine State has proudly associated itself with law-and-order principles, thus instituting statutes to safeguard cops and investments in those who don the shields of justice.

As such, Florida Governor Ron DeSantis has been showered with praise—rightly so.

On Thursday, Florida Chief Financial Officer Jimmy Patronis, the sort of right-hand man who oversees state coffers and worked out all the beans to pay forward to police officers, deputies, and troopers, was heralded for his accountancy and cops’ welfare.

On these pages published by the National Police Association have been several articles reporting on the lineage of Florida law enforcement and a state government that recognizes astounding feats and stamina during a national waft of anti-police pollution permeating the air, certainly in recent years. Implicitly, Florida is a pro-police environment whose sunny environs consistently attract miscreants from all over the nation and abroad.

Although this biased writer opines that we can never have enough cops, I suspect anyone anywhere can easily concur with the notion of broadening the base of law enforcers to combat the deterioration of public safety and unprecedented victimization.

Some of the newly arrived batches of cops who parted ways with the NYPD explained how they never imagined having a take-home car as a police officer. Respectfully, that makes sense, since the nation’s largest municipal police force would have to lay out a humongous chunk to afford every of its 35,000 or so cops a take-home cruiser.

Well before any anti-police hogwash compelled cops to head south, Florida has been pruning its law enforcement features…

Although it has never been a protocol for state-owned and operated public universities to grant their campus cops a take-home car, that has changed also. Former coworkers who used to dispatch calls for my municipal department are now certified police officers at the University of South Florida PD, reporting for duty in take-home cruisers granted by the state.

Yet even with the take-home car benefit among Florida police agencies, problems ensue. Some of the bonkers HOAs hellbent on lording over every inch of private property…take it upon themselves to demand cops not park fully marked police cruisers in public view. My police agency experienced this firsthand and had to petition the governor’s office to render a decision; it went against the HOAs and the like. That was back in the day.

Now and again, HOA brutes choose to test the waters by bullying cops to not fly Thin Blue Line flags and/or park marked public safety vehicles in view. They seem to thrive on nonsensical themes. But the law is on the side of the police.

Having said that, CFO Patronis recently railed against anti-police car parking, banding together with cops who have the absolute right to park their agency vehicles at their home addresses:

He added, “Florida’s law enforcement personnel work and live in our communities as they work every day to keep our families safe. It’s absurd that some want to hide their presence and punish these brave men and women. Having a marked car in a driveway is not an eyesore, it can be an effective crime-deterring tool. I’m happy to see this bill unanimously passed its first committee of record, and I thank Senator Ed Hooper and Representative Chip LaMarca for their hard work in sponsoring this bill and working to keep Florida safer.”

Bravo to every word in that statement.

So, to the LEOs who recently relocated to Florida to start anew and do the job with backing of the government, the Sunshine State welcomes you and supports your pledge to protect, serve, and save the people.

The anti-police harangues that bellowed and discouraged and de-incentivized any potential candidates considering careers in law enforcement culminated in a ballooning of public safety entities reconfiguring ways to influence applicants to step up to the police plate and swing at a noble career.

Well before I was even close to launching my police career, the “civil service job bulletins” posted by the NYPD unfailingly generated enormous competition. For example, my initial plunking down of an NYPD application, in hopes of taking the examination to get on the seemingly infinite list for subsequent phases of processing, resulted in a number based on test scores.

In the long-awaited mail, I received a tan card upon which were the numbers indicating my place among the 66,000 test-takers for that one particular police exam long ago. I ranked 2,364 out of the 66k, which meant I met muster to continue to the next phases (psychological, medical, background check, neighborhood survey) to compete for a coveted slot in the next scheduled NYPD Police Academy class.

It wouldn’t come to pass, though…

After receiving yet another tan card, upon which was the date/time to report for my first day of months of police training at the academy, the mayor at the time went public with horrific news, indicating that the city was nearly bankrupt. He announced freezes on human services hiring for much of the city services, including the NYPD academy classes. That was like taking a torpedo to the rib cage. However, I found my police place in Florida.

So, yes, when I witness any government official doing due diligence and securing monetary allocations to bolster public safety prospects, I am elated. As a Florida resident, I am especially thankful to the current state government that consistently recognizes first responders not only by implementing laws to uphold the sanctity of law enforcement but also manifests monetary support to those who serve…

See? They make this a practice. One of the latest legislations signed by Florida Governor DeSantis, the finance of which was overseen by CFO Patronis is HB3, the strongest law enforcement recruitment and support initiative in the nation!