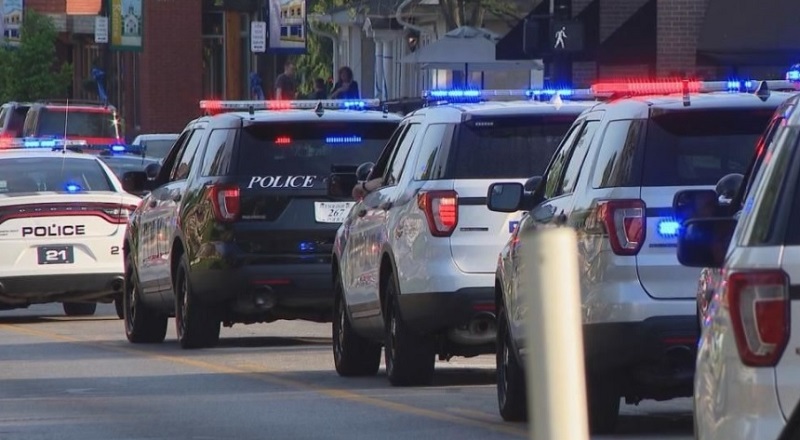 With decaying environments exacerbated by anti-police politicians and totalitarian-like governance closeting cops like mere brooms, and the constant barrage of denigration infiltrating every cell of a police officer’s being, the extent to which we feel so compelled to take a grand leap of faith in starting over, far away from the malignancy of a police-less enclave, is a handsome tangible for badge-wearers.

For USA’s finest, other open-arm pastures properly cater to the citizenry by swearing-in police professionals and fostering environments in which all can thrive.

For cops, this means a lateral transfer and accomplishing a brief mini academy required by state certification criteria (although police procedures are largely universal, laws vary from state to state, so a brush-up is in order.)

Physically and mentally fatigued by the bombastic ethos of self-centered elected officials who do not support the police, environments are imperiled and public safety teeters.

Cops are getting maimed and murdered because of reckless political pandering and maniacal minions being fed morsels of fiction!

Cops need not stay on the lunatic fringe.

No, law enforcement officers know well how to read people, how to assess probabilities and potential outcomes, and thus are on the cusp of self-preservation while not forfeiting their self-sacrifice oath. Exceptionally honoring that in a climate where it is at least appreciated for the nobility it contains is always a viable option. Hate-spewing elected officials serve as sources foretelling what lies ahead—citizens be damned.

Seems it is high-time the voter-base which seated these charlatans taste their bitter-pill choices; I say that not as a capitulator but as a firm believer in the swinging pendulum, with resettlement after a shake-up of sorts.

Some may view this as a cop-out. Yet, in the shoes of any police officer whose existence is being labeled as useless, what would be the argument to remain and deteriorate under conditions rife with dehumanizing frequency, especially aimed at one’s profession while negating humanitarian composition?

Cops have families to love and support.

As a retired cop who witnessed myriad wrong ways to go about life, I often brought these job-born lessons home to teach my kids not only what to do but also what not to do. And when the job is subjected to extinction via the machinations of so-called leaders whose tyrannical philosophies defy law and order, it’s time to teach the children another virtue: Self-respect.

It is true that voters reap what they sow, and that is in no way, shape, or form any fault of LEOs. When those voters retain the arrogant politicos who indoctrinate free-for-all communities, it counters the very essence of law and order and those who are fashioned for its sustenance: Cops.

Simply put, it can’t be both. Thus, voters craving a bowl of anarchy relish heaping hostilities…while LEOs entertain where they can be of service to people who cherish peace and harmony, having forward-stepping cops when victimization enters the minds of any malcontents.

Discussing police matters in a highly-charged jurisdiction such as Chicago, and the ongoing violence addressed by a police force whose mayor (Lori Lightfoot) is unshy about mistreatment/neglect of cops, Chicago Fraternal Order of Police President John Catanzara offers us another brief video explaining all the intricacies of anti-police sentiments and allusions to CPD’s two latest police suicides this week (plus a deeply personal revelation of his own):

The stated figure of over 4,000 bills being considered in Illinois is mindboggling —283 of them having relevance to law enforcement— and thought-provoking, especially on the minds of Chicago cops who likely recite the “enough is enough” mantra by the minute. Staggering subjection to political chess leading toward LEO extinction. What would you decide to do in such dire circumstances?

Many Seattle cops have answered that question, largely in response to socialist-minded city council figureheads. And the exodus from SPD continues…

Hundreds of police officers have opted out of Minneapolis, compliments of that city council’s anti-police wish-list. Yet it seems such grandiose anti-police plans were ill-conceived, likely leaving no one in shock by such a knee-jerk maneuver.

New York City has had its share of blue blood coursing elsewhere, thanks to that metropolis’s inept socialist-marinaded mayor bobbing his head while doing nothing to simmer the stew of anti-cop noise and blatant violence against the blue. Heck, even NYPD police robots are getting a bum rap there, thanks to AOC.

Chicago police have checked out in droves, at double the normal rate, according to a report by the Daily Caller.

Beyond those who have already departed, 75 percent of the remaining Louisville, Kentucky cops claim they wish to leave the agency.

The list goes on, and each shares the commonality of putrid, corrupt, power-hungry, pander-fueled politicians caring not necessarily for public safety but for the petty purpose of ruling with emotion while discounting rational, logical, objective, equitable critical thinking. No necktie or pearl earrings makes any of that genuinely palatable.

So much of this is neither new nor mitigated, hence the flow of cities’ finest to finer pastures.

As Mr. Catanzara underscored, playing “political football” and “holding hostage” what Chicago cops are due is nothing novel in the Windy City. It should not be at all surprising to know that some Chicago police officers have welcomed those winds to blow them not only to warmer climes to indulge a breath of fresh air and decompression…but also to assess the handsome reality of relocating their LEO livelihood and embracing quality of life for themselves and their loved ones.

I know of one Midwest cop who flew his family here (Florida) a few days ago. The writing is surely on the wall, as Mr. Catanzara more than alluded to in the video above. (I follow him vigorously, and he is exhausting every molecule in the constant fight for his police union members, understandably so. Yet as he said several times, Chicago governance is like “a rudderless ship.”)

But bad news often morphs into happy endings, or at least an incline averting utter defeat while ushering in better outcomes.

Florida Governor Ron DeSantis (R), a constantly acclaimed police supporter who widely and proudly publicizes his adoration for the men and women who bravely don a police badge, recently bellowed, “To paraphrase an old Merle Haggard song, ‘when you mess with the men and women in law enforcement, you’re walking on the fightin’ side of me.’”

If only cloning humans were legal…

Besides the anti-police jurisdictions cited herein, how are active-duty cops throughout California expected to deal with the vagaries while also implementing law and order in a state which wittingly invites tons of disorder via sanctuary provided to criminals by political say-so?

NPA analyzed this via one of our recent interviews between spokesperson Betsy Brantner-Smith and Gil Contreras, a retired policeman residing in Cali:

If there is one state which recklessly diminished the role of law enforcers and emboldened malcontents, it is California. In my many readings, civilians and cops professed getting out of the not-so-golden-anymore state.

Although police officers throughout the inherent nature of a career accumulate heavy basis to get disenchanted, perhaps the pinnacle is being informed repeatedly, in no uncertain terms, that they are not wanted. What to do? Self-salving is a start…

To many of the “defund the police” jurisdictions, cops waved goodbye, saddled up, and joined justice elsewhere. Sadly, some left the profession altogether, another byproduct of errant policies haphazardly slashing away police budgets.

Since the anti-police movement is not necessarily stratified, a redistribution is the dividend reaped by pro-police domains. While retention/recruitment among anti-cop locales reel from repercussions of illogical stances against LEOs, other enclaves are bursting at the seams with experienced police applicants.

For example, the subdued LEOs in the Golden State may discover their unicorn in the Sunshine State; my research culled from police forums indicate an increasing amount of out-of-state cops inquiring about ways to enter police work here. Qualifying why Florida is one such state welcoming seasoned cops, here is Polk County, Florida Sheriff Grady Judd to explain many attributes for police officers to heed:

Sheriff Judd was tapped by the Florida House of Representatives to be the face/voice behind the Florida Public Disorder Act, and I easily envision pro-police Governor DeSantis having a poised pen readied to enact this legislation. As a retired cop in Florida, I see this pending law as a pat on the back for LEOs, not a push out the door ala Minneapolis.

It’s quite a Hallmark for a state law-and-order bill containing pro-police measures among related principles of peace:

“Authorizes residents of municipality to file an appeal to Administration Commission if municipality makes reduction to budget of municipal law enforcement agency; revises provisions prohibiting obstructing traffic; provides for cause of action against municipality for failing to provide law enforcement protection during riots; revises penalty for assault or battery committed in furtherance of riot or aggravated riot; revises minimum term of imprisonment for battery of law enforcement officer in furtherance of riot; revises prohibition on damaging memorials; revises penalties for burglary or theft during riot and facilitated by riot; revises prohibition on fighting in public place; prohibits specified assemblies from engaging in disorderly and violent conduct; prohibits inciting or encouraging riot; creates affirmative defense to civil action where plaintiff participated in riot or unlawful assembly.”

Now that’s the muscle much of the nation has been lacking!

There’s a good reason why Gov. DeSantis is being encouraged to bid for the Oval Office in 2024, law enforcement support being one major mainstay of the former U.S. congressman.

Humans under that LEO uniform breathe, pulse blood through a heart, think with a resource-driven brain, and feel like any other of our species, and the culmination of their existence being chiseled away in one area is happy to be seeded in another welcoming locale grateful for courageous forward-forging heroes looking to invest in mutual community vitality.

On that note, here is a snapshot of some superheroes exuding happiness where they are most appreciated for providing stellar police services: