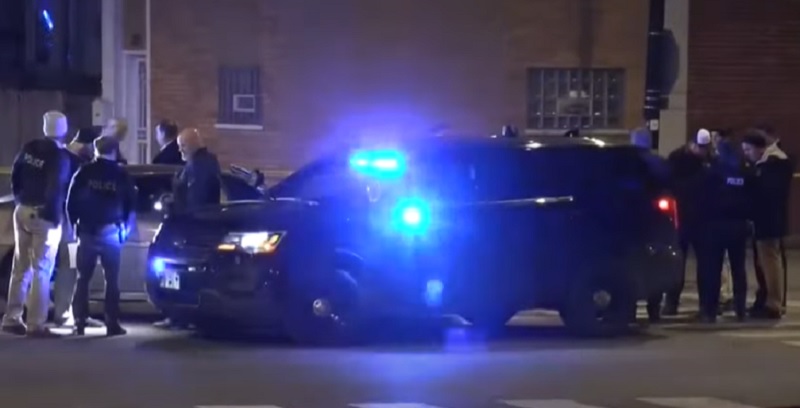 When the left tries to “fix” something, they often break it. This is not only true of “fixing” history by breaking statues but also of “fixing” American law enforcement. After high-profile police shootings, exploited as “police brutality” regardless of the truth, they try to “fix” the cops.

This was never truer than after the death of George Floyd. He was a convicted felon who was high and allegedly committing a crime when he died. The left has made him a saint.

His death in police custody checked all the left’s boxes. It led to not “wasting” a made up “crisis.” And to leftist calls for “police reform.”

Then police reform led to de-funding the police. But that never made sense. From the left’s perspective, you can’t reform anything unless you throw tax money at it.

That’s because the true goal wasn’t to reform or defund; it was to abolish the police. At least calls for abolishing the cops were honest.

But let’s stick with the pseudo-liberals who truly wished to “reform” the police because of fake accusations of wanton “police brutality” against BIPOC people.

First, they called for defunding, some masking it as “transferring funds” from the police to social justice programs.

Next, some states like Illinois and Washington passed “police reform” laws. Cops tried in vain to convince lawmakers they were making a huge mistake. They advised them their legislation would make things worse, not better. That it would be a disaster.

Think about that. The professionals trained to do the job told untrained what would happen, and they wouldn’t listen. So, what happened? It was a huge mistake. Their legislation made things worse. It was a disaster.

Another part of the problem is on display at George Soros-funded prosecutors’ offices across the nation. Assessing any one of them highlights the wider issues. For example, Angelinos are currently trying to recall LA DA George Gascon for his “soft-on-crime” policies.

Under George Gascon, LA is suffering more murders, smash and grab robberies, and even modern-day train heists. He’s so bad, his own assistant prosecutors sued him for refusing to back them in prosecuting criminals—and they won!

Here’s a short list of policies and actions that are breaking, not “fixing” the police:

Not prosecuting suspects for firearms-related crimes (while complaining about “gun violence”).

Not prosecuting leftist BLM/Antifa felons who committed crimes during riots.

Firing cops for refusing to submit to political mandates.

Another good example is Chicago, where a surge of violence is exploding within an existing explosion of violence. Mayor Lori Lightfoot knows the answer to surging crime: let the police do their jobs. She knows it, but she won’t do it.

Cops know it works because the crime surges happening in cities like Chicago don’t happen in cities where leaders allow cops to do the job the way they were trained to do it.

Imagine aligning yourself so rigidly with a political ideology that you know people will die if you don’t change things. But accomplishing a partisan goal is more important than those lives. It must be true because people keep killing and dying. Radical leftist mayors must convince themselves, in another game of the ends justify the means, that the “sacrifices” (of innocent lives) will be worth it once you “get your way.”

Cops know this because they know what stops crime surges—they’re trained to know. But she and so many American leftist politicians won’t do what’s necessary to stop the violence. And, as I said, they even work contrary to stopping crime.

Back in February, Matt Rosenburg, a former op-ed columnist for The Seattle Times and the Chicago Sun-Times, and a former Chicago driver for Yellow Cab, gave a lecture at Hillsdale College, Washington D.C. campus. Hillsdale’s journal Imprimis published the speech as an article.

While he explores many issues and spans many important topics, his focus is the massive destruction Chicago’s recent leaders have done to policing in America’s third-largest city. He addresses what a few are doing, against the leftist odds, to try to solve problems.

Rosenberg says while murders in the U.S. rose 29.4 percent in 2020 over 2019, they increased 55 percent in Chicago. Across the nation, he says, “It was as if a switch had been flipped.” Chicago experienced 797 human lives purposely ended by another human in 2020.

This as leftists cried out for “improving” and “reforming” the police. In reality, they were degrading and defunding the police, which got communities most in need of policing increasing property destruction, theft, and violence.

He highlighted some particularly heinous crimes. There was the murder of 29-year-old Chicago Police Officer Ella French last year. She was allegedly killed by a “suspect on probation for felony robbery.”

“In December 2020, retired Chicago firefighter Dwain Williams, 65, was slain during a carjacking attempt by a group of young men. One had five juvenile convictions and four pending cases, including one for an alleged home invasion and kidnapping. Another was out on bail before trial for stolen vehicle possession and aggravated unlawful use of a weapon.”

Rosenberg recounts many of these heartrending stories about innocent people, people cherished by their loved ones and communities, gunned down by violent criminals who should’ve been in jail or prison.

Here’s a heart-crushing story. His fellow students had just elected 18-year-old Will McGee homecoming king at Excel Academy on Chicago’s South Side. After graduating, he planned on enlisting in the military. He was hard at work, pursuing the American dream, which included saving up enough money to buy himself a new Chevy Equinox. But that’s no longer allowed in Chicago.

Last November, thugs carjacked McGee. He reportedly surrendered his new hard-earned car to the violent thieves. When he tried to run away, they shot him in the back, killing him. What a waste of America’s most treasured resource.

Mayor Lightfoot likely read about or was briefed on this vicious murder. Regardless, following this promising young man’s death, it was evidently still not enough to get her to remove the shackles on Chicago’s finest and let them go to work to stop the crime.

“Political leaders need to stop walking on eggshells when it comes to talking about the breakdown of the nuclear family in low-income black communities. Young men need fathers—without fathers they flounder,” said Chicago Alderman Ray Lopez.

Rosenberg described Lopez as “one brave Chicago alderman….” Lopez added, “it’s time to stop making excuses for… the borderline collapse of the family unit… and the effects of generational gang life.”

Rosenberg concluded with this gem: “The Left today has badly misappropriated the word ‘equity,’ using it to mean equality of outcome—something to be achieved through affirmative action and economic redistribution. But real equity, in the old sense, cannot be given. Real equity requires the old-fashioned virtues. It is inextricable from full ownership of your own course in life.”