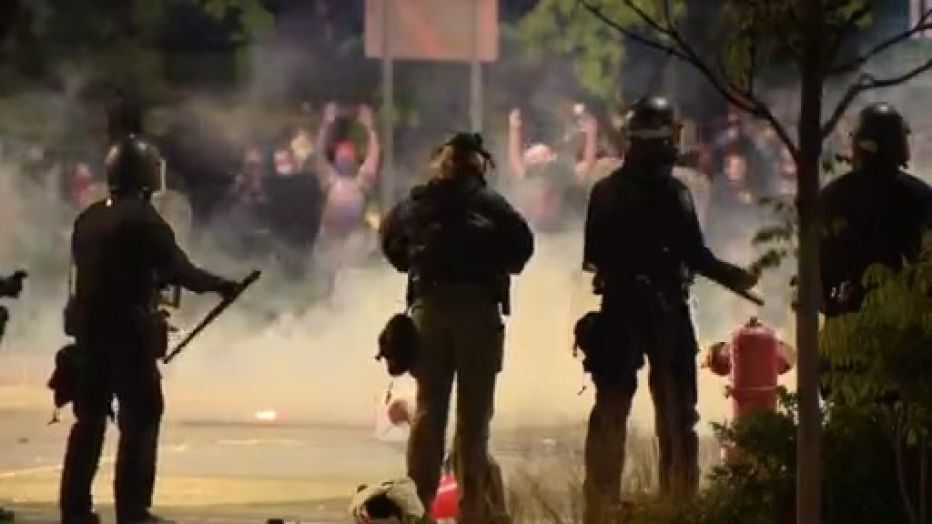 In December 2010, I wrote an article, Just Shut Up and Be a Good Little Socialist, for my police union newspaper. City leader’s heads exploded. How dare I express an opposing opinion? The city had begun in earnest, replacing equal justice with social justice. They forced officers to attend political reeducation day-camps disguised as police training. And within two years, helped the DOJ inflict a bogus consent decree (settlement agreement) on the Seattle Police Department (SPD). President Trump’s pro-rule of law DOJ gave beleaguered cops an abbreviated four-year reprieve. But, now, Joe Biden plans to bring back the pain.

In 2018, my book, De-Policing America: A Street Cop’s View of the Anti-Police State, came out. In part, it addressed the DOJ oppression of cops. I wrote, “Andrew C. McCarthy, who prosecuted the 1993 World Trade Center bombing, says, ‘They’ve [DOJ] had their thumbs on the scales from the beginning.’ [Sean] Piccoll [Newsmax] continues, ‘McCarthy cited a string of federal civil-rights investigations into some 20 police departments, including Ferguson, Missouri’s, which he said the Justice Department has approached with a presumption of racial guilt.’”

A return to an activist DOJ is about to give American police officers in certain jurisdictions another good reason to keep streaming out the station house doors. It seems Biden will assume the world’s most important office, and official policy at the federal level toward cops will revert to oppression. Biden has already said he will appoint a dependable leftist, Merrick Garland, as U.S. Attorney General. Biden will instruct Garland, a dependable leftist, to resume the anti-police pogroms of AGs Eric Holder and Loretta Lynch under President Obama.

Biden will assure the incoming DOJ is staffed not with political opponents but with cultural enemies. Take Kristen Clarke whom Biden plans to appoint to head the DOJ’s Civil Rights Division. She is a hyper-partisan woman who has called for defunding the police. She also told FOX News’ Tucker Carlson that what a person looks like, race/ethnicity (diversity) is as important as skill and experience.

Her obvious bias will also saturate her DOJ decisions regarding law enforcement officers. How radical is she? When Carlson asked her, “When flying a plane, how important is it what you look like, your appearance?” Clarke responded, “Incredibly important. And it’s also important we place a premium on diversity.” Everyone all warm and fuzzy about flying (or counting on adequate law enforcement) under a Biden administration?

According to a story at FOX News, Adam Shaw wrote, “President-elect Joe Biden will use the Justice Department (DOJ) to crack down on police departments allegedly engaged in ‘systemic misconduct’ in part by the use of consent decrees—a tool used regularly by the Obama administration but largely scrapped under President Trump.”

There is no way any police department in America caught in the DOJ’s sights will escape the venom awaiting their cops. You know since President Obama’s DOJ found “systemic racism” in blue city police departments where the “system” has been Democrat for decades, Biden’s DOJ will definitely find a “pattern and practice” in red states and cities. I also predict the DOJ will inflict new consent decrees on agencies who’d already successfully had decrees lifted.

The DOJ will invent suitable statistics to find a “pattern and practice” of fill-in-the-blank. I know because I saw it happened when I was active with the SPD. Despite a Seattle University criminal justice professor debunking the DOJ’s statistics used to implement a bogus consent decree, the DOJ did it anyway.

The professor wrote, “The city of Seattle should call DOJ’s bluff, and settle for nothing less than a formal apology.” Incidentally, Seattle Mayor Jenny “summer of love” Durkan was on that DOJ team that abused the SPD. Following this summer’s deadly CHOP/CHAZ debacle, she recently announced she will not seek re-election. With SPD’s luck, Biden will reappointed her to the DOJ.

President Trump’s first AG, Jeff Sessions, as a U.S. senator once said, “Consent decrees have a profound effect on our legal system as they constitute an end-run around the democratic process.” But what happens when the political party in power has rejected the democratic process? It will be a DOJ field day against America’s cops. Who suffers aside from the police? The most marginalized communities, of course, because they are the people on whom predators prey.

Just look at Mayor Jacob Frey of Minneapolis. He forbid his city’s police officers from participating in a legitimate defensive tactics training method sometimes called, “warrior training”—even off duty and if they paid for it themselves. Frey refused even to talk to the cops about their concerns or bother to review the training for himself. Frey simply arrived at the conclusion he didn’t like the training (because, whatever) and decided ideologically. A dangerous decision that could affect whether an officer, his or her partner, or a citizen goes home at night. We can now anticipate type of restriction from the federal level through the DOJ.

I’m not sure people realize just how driven some political ideologues are to manufacture a world that resembles their warped view of how things should be and then force everyone else into compliance. If they’re willing to take food off your family’s table—cancel culture, what won’t they eventually do to get their way? Think about it. They care nothing for FBI statistics that consistently show there is no “crisis” of cops shooting “black” people—armed or unarmed. It simply does not exist except in the minds of radicals who hate police and need to demonize them. No demonization of cops, no reason to riot, and no more corporate donations.

In the past, we could count on both sides of the political aisle, at least, to agree the rule of law is critical for society to function peacefully. Obviously, that crucial-to-a-free-society agreement no longer exists. When you add George Soros-funded non-prosecutors proliferating in local DA’s offices across America to single-party control of swing state electoral systems (blue cities/counties), and even those in some red states (Georgia), the DOJ will rain down razor blades on law enforcement. We must recognize the difference between political opponents and cultural enemies, so we can resist them effectively, to protect America’s cops.