Skip to content
Cops get anti-bias training on the job 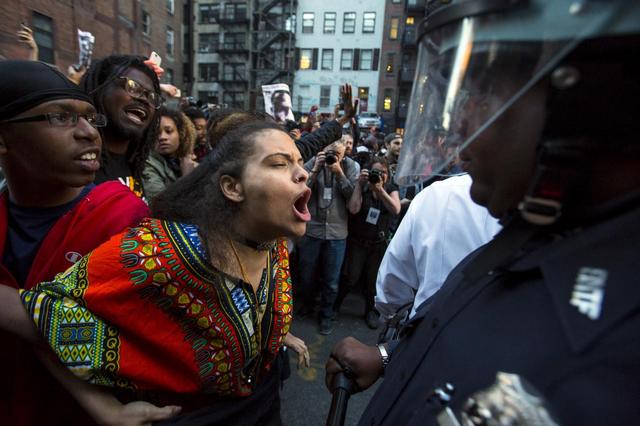 I’m no poet, but I occasionally attempt to compose a bit of verse and it was typically, mercifully, was only self-inflicted. Poems work better when an experience strikes me in a way prose or exposition is not quite up to the job of conveying my sentiments accurately or efficiently.

An experience I had earlier in my career had prompted me to write a poem. I would share it with you, but I cannot find it either in my computer files or in any hard copy file. Instead, I’ll write about the story behind the poem, settling for exposition and prose to do the job.

I was on duty, in uniform, writing a report in a coffee shop (of course) when I felt eyes on me. I turned to see an adorable little girl, maybe four or five, smiling at me. She said, “Hi.” She was holding her mother’s hand, standing on one leg, fidgeting, and had a finger hooked in her mouth. I smiled back and was about to say, “hello,” just as her mother glanced down and apparently noticed the friendly interaction. After staring daggers at me, she tugged her daughter into her leg and said, “Don’t talk to him.” She’d said, “him,” as if she’d just taken a big bite out of an onion.

I thought, imagine how that little girl is going to grow up, hating the police, probably not even knowing why, only sure she must because her mom told her to. That weighed on me for the rest of my shift and longer. Obviously, I still think about it today. My kids were young, then, so I was aware of how early impressions can become lasting impressions.

I thought about a part of the reason that mother pulled her child away and admonished her not to talk to me. Very likely, her mother believed the nonsense narrative incessantly spewed over, at least, the last couple decades by cop-haters that all police officers, especially white cops, are racist.

Then I thought about the harsh irony of the incident. Here is a black mother, obviously concerned about bigotry from white cops, acting bigoted toward me. She didn’t know me. For all she knew my wife could have been a black woman. Maybe black parents had adopted me, or I’d adopted black children. Or, absent any of those situations, it’s entirely possible I just might not be a racist. Something the mother apparently never considered, as she taught her daughter a lesson in bias against the police that day that would not help her in life but could hurt her.

Another of many similar incidents of bigotry I experienced toward cops comes to mind but this one did not inspire me to verse. Still, I remember it well for its cliché value. In fact, how the guy spoke to us sounds contrived. I responded with a fellow officer to a complaint of an RV parked too long in a residential neighborhood.

The complainant reported the RV’s owner was frequently urinating and defecating around the vehicle and on private property and dumping his trash all around. We planned only to talk to him about the complaints and issue a 72-hour notice to move his vehicle or the city could impound it.

Three days seemed reasonable to us. However, rather than cooperate, the man (a white man) launched into a bad-movie-script tirade. Among other trite epithets, he called us “Nazis,” “stormtroopers,” and “jackbooted thugs.” He actually used those worn-out words.

Again, like that little girl’s mom, he knew nothing about us, and we’d simply advised him of the city’s parking ordinance he was violating. We just wanted him to move his camper within three days. Actually, we wanted him to move it immediately, but city law would not allow us to do that. Oh, by the way, we weren’t members of the Nazi Party, not stormtroopers, and we were not even wearing our jackboots that day.

Didn’t matter. That bitter scofflaw decided about us solely because we were cops. He utterly prejudged us. Him, people like that little girl’s mom, and all the demonstrators whose ire my blue uniform ever elicited could get a better education in bias and racism by looking in a mirror than by attempting to construct false bigotry narratives about police officers.

People who say they hate bigotry and “hate-speech” call police officers all sorts of nasty names and accuse them of committing some of the worst things imaginable. These folks express hateful biases against the police, sometimes while ostensibly demonstrating against—well—hateful biases.

As a cop in Seattle, I stood on far too many riot lines to not have experienced this mind-bending irony, point-blank. Holier-than-thou demonstrators, looking me in the eye and taunting, “How can you sleep at night?” And “You know you’re racist.” Or “Aren’t you late for your KKK meeting?”

Last summer, members of the Seattle City Council stood by during a demonstration, within the CHOP/CHAZ occupation, as one Antifa miscreant told officers to “F-ing kill yourselves. It’s the only chance you have left to do something good for the world and that’s remove yourself from it.”

City Councilwoman Teresa Mosqueda said, “The anger you hear is justified.” Really? Telling cops to shoot themselves is justified? A mob is flinging all this verbal compost at officers when they claim to revere tolerance and diversity, and yet they don’t know a thing about the cops as human beings.

Even worse, try being a black officer on a riot line facing a horde of BLM/Antifa—especially the white BLM goons. Because these white morons are representing BLM, they seem to feel they have a special dispensation that allows them to hurl the vilest, racist epithets at those black officers. They’re also emboldened by their support from the mainstream media and by leftist politicians that allow and support BLM and Antifa riots while manufacturing rage against “riots” they accuse all supporters of President Trump of conducting.