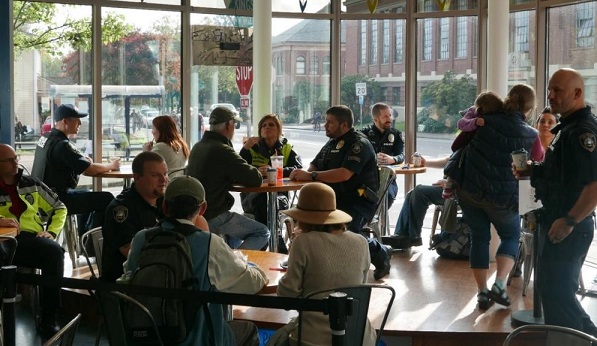 I knew when one of my most supportive friends, a former combat pilot and conservative, asked what was going on in law enforcement after hearing so much controversy in the wake of the Michael Brown case in Ferguson, Missouri in 2014, that the assumption of support from the silent majority was in peril.

No one can blame the average citizen, inundated with negative news, to wonder if there is trouble behind the smoke and mirrors. Solidifying those concerns are police leaders who quickly capitulate to political demands without establishing a truthful narrative about the realities of enforcing the law. In the absence of balance, truthful narratives about law enforcement, many politicians have been empowered to promote, often successfully, highly damaging legislation and policy. When police supporters encounter these false narratives, there are answers to common questions that often surprise the honest skeptic.

Q. Why is there so much racism in law enforcement?

A. Police agencies were among the quickest employers to diversify their ranks. 34% of officers are non-white, and 15% of officers are female, with those categories increasing. The great majority of black residents do not favor reducing police presence in their neighborhoods and are willing to call police to report crime. The numbers that purport to support claims of disparate treatment are improving. Realize that officers operate in high crime and violence areas, and there is no racism in citing the disproportionate numbers in black on black crime, which is not traceable to police conduct. If a black person is subject to a life of different treatment, from pre-natal care, to education, to employment, to housing, to exposure to violence and fractured family structure, an encounter with law enforcement is not the first exposure to the result of racism remnants of our history and certainly not the blaming point for high imprisonment rates.

No profession is held more accountable. Body cams record their daily activities and bystanders record more. Officer are subject to lawsuit on both the state and federal level, criminal prosecution on the state and federal level, and internal discipline including loss of career. The claims that it is hard to prosecute police may be true simply because most officers act within the law, which recognizes the complex and rapidly changing decisions the profession requires.

Q. Why do police get inadequate training?

Law enforcement training has improved immensely over the past generation of officers. Background checks and police academies are well regulated. Ongoing training is required throughout the officers’ career on a multitude of critical areas and changing laws. Officers encounter an incredibility wide variety of situations which require critical decisions in areas that are unique and have no easy answers. Officers are well trained over their careers. The calls for more de-escalation training are redundant because officers develop those skills in existing training as well as on the job. Brain science tells us that the fight/flight chemistry at work in the brain can take over 20 minutes to recede so that a person can make a rational decision during a police encounter. Add to that time the mental problems that interfere with good decisions and the fact that a significant number of encounters are with people that are impaired by alcohol or other drugs and it is clear that an officer facing a deadly weapon cannot control the decisions of a person under duress when seconds count.

Over half of police officers have college degrees. The research shows that there are only minor differences in the performance of degreed officers over non-degreed.

Q. Shouldn’t social workers do a lot of what police are doing?

Probably, but social workers won’t be dispatched to high hazard calls where violence or weapons are present, nor are they always available. Police officers have done a remarkable job in dealing with persons in various conditions of distress. Nationwide, officers make literally millions of citizen contacts resulting in a very small percentage of use of force and an even smaller use of lethal force. Studies show that officers are frequently confronted with situations where deadly force is legally justified but act with restraint to avoid it, often at their own risk.

Q. Shouldn’t we be spending less money on policing and more on prevention?

Recent analysis shows that law enforcement has remained consistently at an average of less than 4% of government budgets over many years, while staffing of police has not kept up with population growth. It is clear that when policing is not supported, communities suffer in higher crime rates, slower response time, and fewer resources to engage in crime prevention and suppression. Look at any major city where anti-police politics have gained strength and see how their violent crime rate is rising. Whether more tax dollars should be allocated to other social concerns is a separate issue than reducing resources for law enforcement. Law enforcement budgets are not the source of funding for other social concerns.

Many of the reforms that have been proposed have been part of police leaders’ agendas for years and are already in place. It is no mere opinion that police officers do a good job, nor is it argued that there is no need for continued research and improvement.