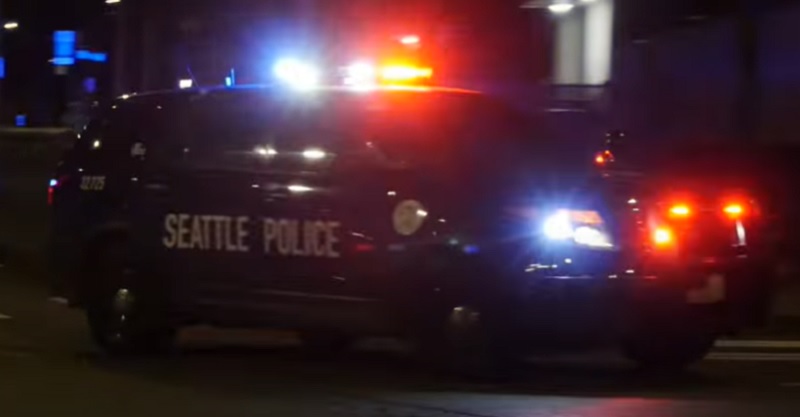 Seattle is a microcosm of blue city stupidity, and city councils across the nation mirror much of the stupid they do. I’m not saying the Seattle City Council is stupid because I disagree with them. I’m saying they’re stupid because defunding the police is stupid.

Rather than tick off a list of the leftist corruption they support, any woke thing that pops into your head belongs on the list.

When even The Seattle Times publishes stories about how stupid the city council is, you know how truly stuck the stupid is. The Times just published a report dissecting the city councils defund the police evolution since 2020 titled, “50% was a mistake’: Seattle City Council abandoned the idea of defunding the police.”

Though they didn’t need much prodding, the council had their collective marching orders from the militant leftist anti-police movement, and they eagerly hopped aboard the defund the police buckboard. This twisted movement followed the in-custody death of a convicted violent felon, some 2,000 miles from Seattle, who had enough fentanyl on board to snooze a rhinoceros—permanently.

The facts about that local incident didn’t matter. The radical left ordained that convenient incident, exploiting it to upturn American civil society. And with the collaboration of leftist media, politicians, academia, Hollywood, and corporate America, the script was written—and followed.

The Seattle City Council members couldn’t wait to be more radical than the next leftist who, in Seattle, is always nearby. Defund the police. Yeah, stupid people thought that sounds like a fabulous idea. After all, since they decriminalized crime in Seattle (and Portland, San Francisco, and Los Angeles; Chicago, Minneapolis, and Baltimore, etc.), no need for cops?

But, according to the Times, some city council members are reportedly no longer so sure about defunding the cops. They use language that pretends they haven’t changed their positions, attempting to placate voters who’ve had enough of the rising crime.

Seattle residents are fed up with the anti-cop, defund the police movement, although many also remain hesitant to say so out loud. Still, electing a Republican city attorney was a cry for sanity in law enforcement.

Folks continue to say, “I don’t believe in defunding the police, but we still need police reform.” Sadly, this even comes from some cop supporters who think by saying it, they’re “playing nice” with the Left, which never works. With the radical left, it’s all or nothing.

The desire to appear willing to play nice was understandable when political opponents were just that—opponents. Today, anti-cop, anti-law-and-order radical leftists are no longer simply opponents. They are enemies who want to do away with law enforcement as we’ve known it.

The Times published the changes in City Council members’ positions between 2020 and 2022. Walking back what you’ve promised seems a leftist habit.

In 2020, Lisa Herbold said, “As Public Safety Chair, I promise to center protester demands…” to defund the cops. Now, she wants to “have a conversation,” which means putting it on the back burner.

Debora Juarez, in 2020, did not agree with a specific percentage, but supported “reallocation” of police budget. Meaning defunding without saying it. In 2022, Juarez doesn’t want to play anymore and didn’t respond to the Times’ questions.

Dan Strauss was in full support of “Decriminalize Seattle” and Defund the Police. In 2020. Today, he supports “moving funding to a different place other than the police department.”

Teresa Mosqueda, in 2020, was all-in on defunding the police, saying, “Decriminalize Seattle and King County Equity Now is the north star to our moral compass….” In 2022, in her own display of stupidity, she still supports defunding but has softened her language to pander mode. She believes “true public safety…” happens by “creating responses that don’t require an armed officer….”   At least, this is not your ordinary, everyday kind of stupid. This kind of stupid takes some doing. It doesn’t happen by accident. In helping to destroy one of America’s best law enforcement agencies. They’ve elevated stupidity to an art form, sublime, almost exquisite in its absurdity.