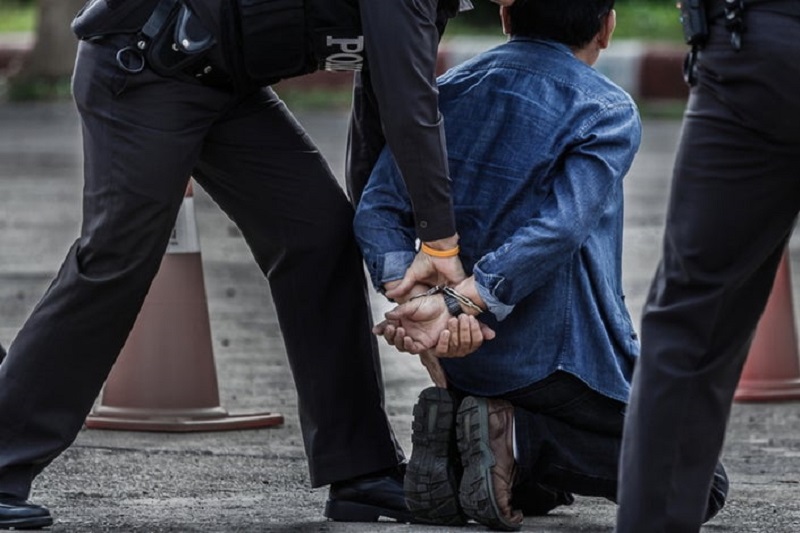 As a cop, in my reports, I had to be as true and accurate as I could. It was crucial to a conviction of the correct suspect to make sure my investigative assertions aligned with the evidence. If the evidence in my investigation suggested a particular suspect committed the crime, that is what I wrote no matter who thought differently.

So, instead of the, Wuhan, Chinese, or novel coronavirus, or COVID-19, I am adopting The Epoch Times’ term, the Chinese Communist Party virus or CCP virus. I do this for two primary reasons: One, because the evidence shows the CCP virus originated in Wuhan, China but more importantly that the Chinese Communists told several lies to the world about it. And attributing the CCP virus to China’s communist party doesn’t lend itself to distractions by people playing the politics of racial division.

It’s not just that this virus started in China. There is a overwhelming emerging evidence that the Chinese government negligently allowed “wet markets” to operate (and still do), from which evidence indicates the CCP virus emerged. And also, that the Chinese Communist Party engaged in a coordinated misinformation campaign and a mass coverup, which included blaming the United States.

This grotesque international malfeasance is having devastating consequences across the globe. Its tentacles are reaching into every American home and business. One of the CCP virus pandemic’s results is an increase in certain crimes both property and violent.

One disturbing increase in law breaking is, by definition, a violent crime. A PoliceOne.com (P1) headline reads, “Police nationwide report rise in domestic violence [DV] calls.” How could it not? With people obeying government-ordered self-isolation, limiting outdoor ventures, and social distancing, humans will still be humans—and violent humans will… well, you get the nasty picture.

P1 reports 18 out of 22 departments responding to a request for DV data “said they had seen a rise in March.” The Houston Police Department reported an increase in March of some 300 DV calls over February. Phoenix P.D. reported 200 calls over last year in March, and Charlotte-Mecklenburg (NC) saw 517 more calls in March than during the same month last year. Cherokee County, South Carolina, reported an increase in DV cases of 35 percent in March over February.

In addition, Boston, Mass., Portland, OR, and Seattle, WA.; Buffalo, NY, San Antonio, TX, and Salt Lake City, Utah all report increased DV cases in March. It exacerbates the violence already plaguing these victims to have the added stress caused by the ramifications of the CCP Virus. These DV stat increases surprise not a single cop in the country. Probably not too many non-cops either.

Another increase in crime people are dealing with is commercial burglaries. With businesses closed and owners and employees at home and not on the streets, stores are ripe for the proverbial picking. Pedestrians walking and drivers driving past businesses create a natural deterrent against crime. With more and more public activities curtailed, and businesses closed, this ancillary security is fading away.

Yesterday, according to The Seattle Times, Boeing told a portion of its state workforce, about 30,000 of the 70,000 workers in Washington State, that they “must start taking vacation, sick time, or apply for unemployment, after the region’s largest private employer decided Sunday to keep its Puget Sound [and Moses Lake] plants closed indefinitely.” That’s 30,000 more people at home not walking by, driving by businesses.

Is it overreaction or prudent to shut people in and shutter so much of the state’s and nation’s economy? Who knows anymore with so much conflicting information whipping around? For example, Boeing stated it’s basing its decision on “increasing numbers of coronavirus [CCP virus] cases, though at a slower rate….” However, we know that the testing has increased, which seems an obvious correlation for any increase in cases reported.

I bring up Boeing’s decision not only because of the increasing economic devastation to our country, but also the increasing of certain crimes with people at home and not at work. There are other victims increasing besides those with the CCP virus: business owners. And most of these “temporarily closed” businesses do not have the high-tech security that giant companies like Boeing can deploy, so they’re falling victim to an increasing number of commercial burglaries.

With cities like Seattle, San Francisco, and the state of California already virtually ignoring “property crimes,” pre-CCP virus, what happens when governments force owners to close their businesses? Criminals will not let a serious crisis go to waste. Where have I heard that before?

KIRO News 7 is reporting, “Officers with the Seattle Police Department say the number of reports of burglaries of local businesses has nearly doubled during the stay-at-home order.” Additionally, cops report that in 2019 they received 54 business burglaries for one week. Over the same recent week this year, business owners reported 104 reported burglaries.

It’s not bad enough the government has closed “non-essential” businesses, causing owners and employees to lose any hard-earned financial stability. But as governors extend stay-at-home orders, as Washington Governor Jay Inslee just did through May 4th, it’s only logical criminals will target more businesses, and innocent business owners will suffer. Same goes for the DV victims we mentioned earlier.

The Seattle Police Department has provided a list of ways business owners can deter burglars while their businesses sit collecting cobwebs. The suggestions are valid, but many of them are also quite expensive, especially for the small business owners. Things like installing better locks, deadbolts, and shatter-resistant glass in windows.

I’d suggest installing a very large and very territorial dog. Although, you could have the pot shop next door, which state governments have declared “essential,” keep an eye on your “non-essential” life’s work. Too cynical? I’ll risk it.

We need to remember the business owners forced to close by government need as much support, probably more, as we’re happily giving to the businesses the government has allowed to stay open, even if they’ve had to curtail some types of sales and services.

Probably the only way we can help the closed “non-essential” businesses is to encourage our political leaders to find a balance as to how our political leaders can allow entrepreneurs to reopen, while retaining prudent health mitigations, and get America’s powerful economic engine restarted.

There are so many reasons for this to happen soon. Stopping the pain of increased domestic violence and the economic ruin of an increase in commercial burglaries, and the emotional carnage that comes with both crimes is a damned good reason.