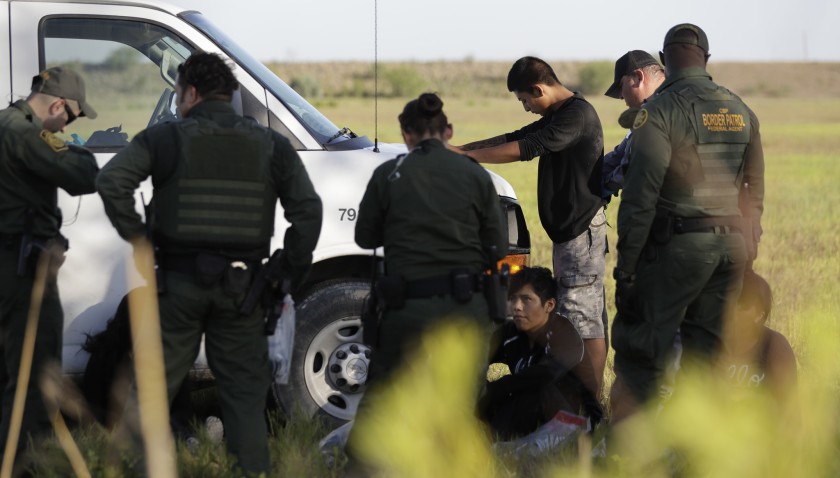 There is no current American law enforcement agency, other than maybe the NYPD, that has been more publicly disparaged than U.S. Customs and Border Patrol (CBP). Immigrations and Customs Enforcement (ICE) is right up there, but the CPB and ICE missions are linked.

And when bad policies affect immigration enforcement and border protection, the criminals that manage to more easily sneak across the border become problems for local law enforcement agencies across America. But, for a change, there is some good news coming from the border.

At least, some CBP agents are finally being relieved of their childcare and other logistics duties like providing shelter and transportation for illegal border crossers—at least in Yuma, Arizona. But the successes in Yuma provide a window into what the future of law enforcement at the southern border could look like. With new federal laws and congress allocating funds approved for humanitarian assistance, CPB has provided 500 additional detainees with shelter in temporary tent housing.

According to the Epoch Times’ Charlotte Cuthbertson, who has done some stellar reporting on the immigration issue, “Border agents in Yuma are back on patrol after months of being inundated with floods of illegal immigrants that peaked in May.”

This year has seen nearly three times the number of illegal border crossers, amounting to over 68,000 people. Last May saw the arrests of about 450 people every day. Yuma’s two detention facilities were way over capacity with only 450 beds for more than 1,100 people. That’s why the abovementioned 500 additional beds went so far in relieving overcrowding.

Border Patrol agents attribute Illegal border-crossing reductions to three primary elements: the Migrant Protection Protocols, the Mexican Army sent to the northern and southern borders, and President Trump’s progress on the border wall construction. With this potent trifecta, the Epoch Times reports a reduction in arrests of illegal border crossers from 450 to just 30 per day. As of November 27th, only 70 people were being held at the Yuma detention facility.

You know something is drastically wrong when border patrol agents lament a time when they could actually patrol the border. Border Patrol Agent Jose Garibay, assigned to Yuma, said, “Just being able to patrol the border is the biggest thing.”

Agent Garibay’s next comment should make any American or legal immigrant shiver when considering all the illegal border crossers Border Patrol agents didn’t catch during the mass illegal crossings when agents had to be diverted to detention facilities for processing and caring for families.

Garibay, after telling the Epoch Times about a 10 percent reduction in single adult illegal immigrants arrested, said, “among them were a lot of murderers, child rapists, child molesters.” This was during normal patrols and a reduction in crossings. Imagine the criminals that may have come into the U.S. when agents were busy with other tasks instead of enforcing the border.

Garibay noted the individuals crossing the border for economic reasons started bringing kids, when that was not the case in the past. He said these folks are “bringing kids with them and using them as shields to pull the heartstrings of America and the rest of the world.” He’s found the majority of illegal immigrants have traveled “up to the border in air-conditioned busses or vans.”

Not the image the open border crowd want people to have but, which brings up people like George Soros funding groups that assist illegal border crossers. Before the MPP, CBP processed illegal immigrants accompanied by children and just released them into the U.S.

Agent Garibay cited a survey which found of the illegal alien adults with kids who had ankle monitors placed on them, 90 percent cut them off. And this percentage was only in Charleston, South Carolina. Along with Charleston, other “common destinations” for illegal immigrants were, Homestead, FL., Oakland, CA., and Houston, TX. I assume they had similar percentages.

What supporters of border enforcement agree on, including border patrol agents, is the MPP closing the loophole that had people with kids automatically put onto the streets of American cities. With the MPP (also called “Remain in Mexico”), Yuma detainees are now held in Mexicali, Mexico and no longer released into the U.S. This is an obvious disincentive for illegal crossers.

One significant problem is the MPP is not yet border wide. This allows the smugglers to divert their operations to other entry points. Garibay said, “Once we get MPP across the whole southwest border, that’ll be a huge game changer because it won’t allow them to take advantage of that loophole.”

When Yuma had to divert its agents to other duties, CBP was forced to close their sector’s three highway checkpoints. Chief Anthony Porvasnik, head of the Yuma Sector Border Patrol said, “We don’t know what’s getting through.” He explained when their checkpoints are closed, a significant quantity of dangerous drugs, that CBP would otherwise have discovered and seized, end up in “communities all across America.”

But with judges actively issuing rulings against the border wall, it’s difficult to construct the barrier so many CBP agents would like to see built. Recently, a federal district judge, David Briones, a Clinton appointee, ruled the Trump administration cannot divert $3.6 billion from the pentagon budget to build the border wall (defend America’s borders). He ruled this way despite a U.S. Supreme Court ruling last July allowing $2.5 billion in other pentagon funding to go to building the border wall.

It should be noted that the new wall replacing the old is eminently superior. Take a new 22-mile wall segment near the port of entry at San Luis. Instead of corrugated iron, it’s made of steel bollards. Instead of 13 feet, the new barrier rises to 30 feet. At the top is an anti-climb plate, and border patrol agents can also see through this new barrier.

Agent Garibay believes no wall is impenetrable, but says, “This is a huge game changer for us.” Cuthbertson reports 30 additional miles of wall to the east is scheduled for construction. And, at the point where many family units crossed the river, a new five-mile portion is also on the calendar.

So, keep on your legislators and encourage them to support efforts to assist and bolster law enforcement at the U.S. – Mexican border. It may not feel like it sometimes but calling your political representatives does have an effect. Perhaps, not individually, but in total. And remember, a border wall does not protect only border states; today, it protects everyone in all states.