Skip to content
Are 3 Florida Cops Being Charged Criminally for Doing their Jobs? 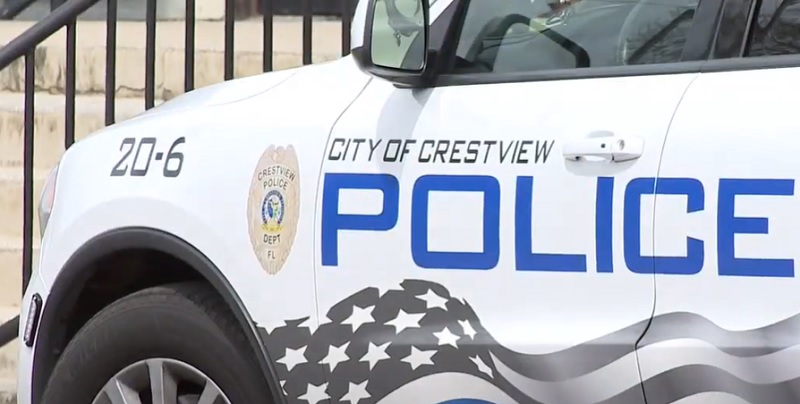 Admittedly, there are still missing details about a death in police custody incident that occurred in Crestview, Florida, last year. However, as I’ve explained my litmus test in the past, in reviewing the incident, based on available information, I have not hit a “hold up” moment. It appears the officers acted in a professional manner. So, they deserve the benefit of the doubt.

We’ve all heard the legal profession quip about a grand jury could indict a ham sandwich. Well, with the number of cops being indicted for doing their jobs and then inevitably acquitted, maybe a cop is even easier to indict than a ham sandwich.

According to WUWF, “Wilks agreed to step outside, but then closed the door. After five minutes, he returned to the door in a ‘highly agitated state,’ according to police. He told officers he did not live at the address and gave misleading information on the whereabouts of the female who did live there. He became more ‘erratic and aggressive’ and attempted to close the door on the officer’s foot. At one point, he was kicking the detaining officers, which is when he was tased in the hip and restrained.”

Reportedly, because of his erratic behavior, “officers were concerned Wilks was under the influence of drugs….” So, they called the fire department for medical assistance. WUWF also reported as the medics were providing medical care at the scene, “Wilks became unresponsive and was transported to the hospital where he died…” the next day.

City Manager Tim Bolduc explained to Channel 3 [the PD and city “believe the officers did nothing wrong and acted within their duty.” That’s why they kept the officers on duty. They removed the officers from duty following the Medical Examiner’s (ME) ruling the death a homicide.

Homicide describes the lawful or unlawful killing of a human being by a human being. There appears to be no public information that the officers’ actions are responsible for Wilks’ death unless the taser application caused it. Even then the use of the taser, some report five applications, to stop Wilks from assaulting officers appears warranted.

USA Today reported police tased Wilks “at least five times.” They also reported the family is also blaming the cops for “not rendering aid” while waiting for medics to arrive. Whatever the family saw on the video, not only the police chief but also the city manager saw and said they believe the officers did nothing wrong.

The Daily News reported, “preliminary urinalysis testing revealed that Wilks had numerous drugs in his system at the time, including MDMA, methamphetamines, cocaine and marijuana.” It’s not a stretch to say these drugs could have caused his erratic behavior and have possibly played a role in his death.

Reportedly, the NAACP is questioning the incident, even after the police shared the video with them.

With no complete investigation, the Okaloosa County NAACP chapter initially “called for the officers to face punishment in the days and months following the incident.” After the ME’s report, they stated the officers should be suspended without pay. It’s so easy to take food off someone else’s table, right?

After viewing the police video, the Okaloosa NAACP chapter president, Lewis Jennings, seemed more measured. He “is not placing blame on anyone at this time.” He said he just “wants to know ‘what cause this young man to loss [sic] his life during what should have been a routine wellness check.’”

Well, I can tell you that the cops hoped for a “routine wellness check” too. But you know what? The person the cops are dealing with also gets a vote as to how the incident will end. Here, Wilks apparently “voted” to make this call other than “routine.”

In all the coverage I’ve read, these alleged reported circumstances are consistent:

If there was something incriminating on the video, I’m sure Mr. Jennings would have said something specific. Instead, he was restrained compared to his group’s initial statements.

The key issue here seems to be the ME’s ruling the death a homicide. Without knowing how he or she arrived at this finding, observers can only struggle to understand the indictment. Did the grand jury have more information, or are they also relying on the ME’s ruling of homicide without the details?

It might be understandable, though still unwarranted, if the family sought to sue the officers civilly for something like wrongful death, which apparently, they are also doing. But to indict these officers criminally seems a leap based on the public information. Perhaps, after the ME releases the details of his findings, things will make more sense.

But, if I had to form a hypothesis based on experience, absent other force used that has not been mentioned, rather than being tased as the cause of death, I’d be looking at what was caused his erratic behavior. That could very well be the drugs reportedly found in his system.

One reporter mentioned the officer’s efforts to deescalate were unsuccessful. Unfortunately, to cop critics this so often means it’s the cops’ fault.

If convicted, the officers could face 15 years in prison.