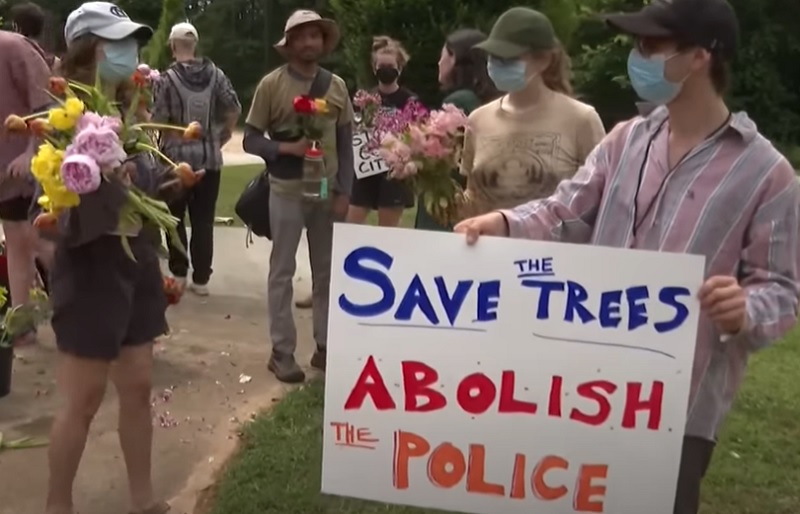 We’ve seen the ACAB (All Cops Are Bad) protest posters and have heard the shouts amid riots and protests claiming racism and brutality. We tend to think, and have been led to believe, that these voices spontaneously arose out of righteous indignation and the ACAB view caught on with a few vocal politicians who thought they could grab a headline or two.

The reality is that the Anti-Police sentiment is being intentionally fueled by those with an economic or political agenda that goes beyond good citizen involvement in community affairs. To be sure, organizations that promote justice and seek accountability in policing do not deserve to be labeled as anti-police. Those who profit economically or gain political power by explicitly opposing law enforcement and inciting violence and resistance deserve to be identified and regarded as a threat to law and order.

Recently, a group calling themselves Stop Cop City is thought to be responsible for acts of property damage and vandalism to a proposed law enforcement training facility in Atlanta, Georgia.  The group claims to be comprised of those with environmental concerns about the property on which the training facility is being built. But the language of the protests is anti-police claiming that the facility is an expansion of the “police state”. A firm contracted to design and build the Atlanta police department’s new training facility had several broken windows and graffiti painted on a window earlier this year that said: “Drop Cop City or Else.” The company reported $80,000 in damages. Financial accountability for the organization does not appear to be available.

Protestors can cash in on opportunities to be paid for participation in demonstrations, some even with the task of being provocateurs. The presence of outside agitators in Ferguson was significant enough that NYPD sent detectives to Missouri to learn about their operation in anticipation of riots in New York City. Law enforcement officials, government officials, and even local protestors, a local peacekeeping pastor, and the owner of a black-owned newspaper in Ferguson acknowledged the presence of outside agitators that added to the chaos of the protests.

A Beverly Hills company aptly named Crowds on Demand has hired actors to portray themselves as lobbyists, and be supportive fans and paparazzi at other events. Homeless persons have been recruited for a few bucks to show up at a rally to bolster numbers. The company was sued on claims of extortion for intimidating practices, including a website for misinformation, to embarrass a businessman according to a 2018 article in the Los Angeles Times.

With recent embarrassments to the Black Lives Matter organization regarding squandered money from the millions donated after the death of George Floyd, some local organizations found no support for protests against white supremacists from the national organization. A look at the expenditures of the National Education Association, a staunch supporter of getting the Black Lives Matter curriculum into schools and getting law enforcement out, spends more money on political contributions than programs that benefit teachers or students.

Politicians, including prosecutors, local leaders, and national elected leaders who are vocal about defunding and defanging the police attract megadollar donors that support the agenda of dismantling the criminal justice system. Billionaire George Soros states on his own website that his advocacy is not anti-police: “The goal is not defunding the police but restoring trust between the police and the policed”, but the candidates receiving his millions are “reform” minded prosecutors and leftist ideologues who favor defunding. He donated half a million to an effort to oppose a ballot issue that would have increased the number of police officers in Austin Texas, after helping elect District Attorney Jose Garza who favors prosecuting police officers over criminals. He also supported San Francisco DA Chesa Boudin who was recently recalled after only six months in office for being soft on crime.

These groups and the dollars they collect and distribute keep fanning the flames of anti-police sentiment at a time when confidence in law enforcement remains high and efforts to punish police officers for doing their job are meeting public backlash in the face of rising crime fears. The public must not be deceived by those who cash in on money and power at the cost of public safety.