Skip to content
Accountability – Let Me Count the Ways 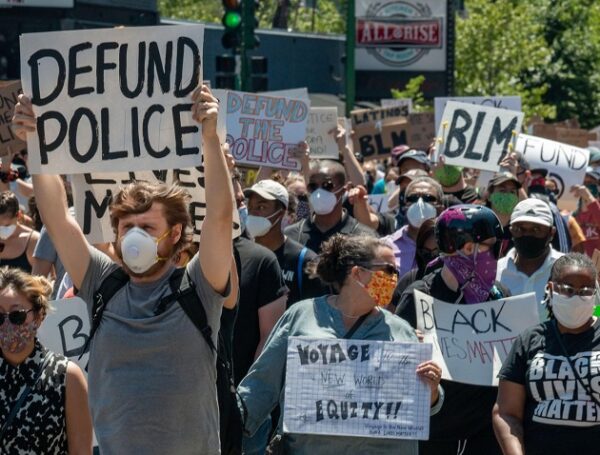 U.S. Attorney General Merrick Garland announced federal charges against four Louisville, Kentucky current or former police officers in the Breonna Taylor case, in which a search warrant execution resulted in an exchange of gunfire at the residence in which Taylor was killed. The merits of the case remain to be heard, but the fact that the federal government can charge local police officers with federal crimes that occurred relative to their on-duty conduct is just one level of accountability in policing.

Federal charges arise from legislation tied to the post-Civil War 14th amendment to the Constitution. This amendment, which took nearly a century to be widely applied, requires all levels of government to abide by Constitutional standards. Prior to this addition, states’ made their own rules as sovereign entities, as they still do when there is no overriding Constitutional prohibition.

Federal charges revolve around the criminal deprivation of a person’s civil rights. If, for example, a citizen is assaulted and restrained without cause or legal justification by a person acting under the color of law, it would not necessarily be the actual assault that is prosecuted under federal law, but the deprivation of the right to be reasonably seized under the fourth amendment.

These prosecutions can commence regardless of whether a state or local jurisdiction has also commenced or completed criminal charges under state law for the act that gave rise to the federal charge. As in the example above, if a citizen is subjected to unlawful force, a charge of assault might be made against an officer. Even though the same elements of the officer’s alleged behavior are to be proven at both state and federal trials, this is not double jeopardy since the jurisdictions are completely independent of one another.

In addition to the two levels of criminal prosecution that officers may face, they can also be sued for damages in federal court and in state court. In federal court, the damages alleged will be the deprivation of a citizen’s Constitutional or other federally protected rights, as well as any articulable damage that may have arisen from the unlawful conduct. Lawsuits for damages in state court might also be filed. Lawyers like federal lawsuits because their fees and costs are over and above any award amount, whereas most fee arrangements for state court actions are taken on a percentage basis of any award.

As in any lawsuit, actual damages might be supplemented by punitive damages and the two need not have a mathematical relationship. The mere threat of a lawsuit often results in a settlement to avoid trial and the unknowns of what a jury might do.

In addition to the four major ways an officer can be punished, they are also accountable to each state’s licensing or certification authority. Most states implement training and professional standards with the power to remove an officer’s credentials for working in law enforcement. The level of proof and procedural protections for officers accused of misconduct vary widely from state to state.

Number six on the list is the officer’s individual agency discipline. An officer may be suspended with or without pay, dismissed, reduced in rank, required to forfeit pay or days off, lose promotional opportunities, and be denied retirement benefits. Many police officers are considered “at will” employees with very few rights, meaning that they can be dismissed anytime without recourse. Job protection even for officers injured on duty is often limited or denied.

Finally, because of the intense documentation of police activity through body-worn cameras, their own reports, dispatch recorded activity, and the public nature of their activity, police officers simply cannot work under the public radar. Even when they have to use force or are themselves assaulted, they are often the only officer to write up the event. In other words, they are forced to testify unlike any other person involved in an event.

In fact, if an officer is accused of an internal policy violation or a criminal violation, they are compelled to make a statement to their department under the threat of being fired for failing to cooperate in an investigation. A separate warning is given to officers compelled to make a statement. Instead of Miranda, they are told they don’t have to make a statement but if they don’t they’ll be fired! In addition, if officers are successfully accused of being untruthful, they must be reported to prosecutors who may decide that they no longer have the credibility to testify and therefore are likely to lose their employment in law enforcement.

Our public servants must, indeed, be held accountable for the tremendous responsibility they bear in honoring the rights of those they are sworn to serve. When it comes to holding them to that accountability, how much more could we ask than what we already impose?