Skip to content
From Parking Complaints to Homicide Incidents, Cops Respond, then Go Back to Work 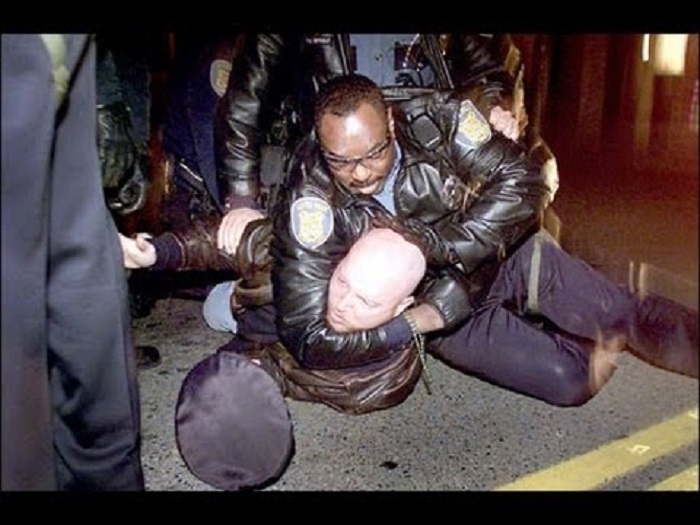 Fair warning: This article is intentionally wide-ranging and, admittedly, perhaps, a bit erratic. But, if you take nothing else away from this article, just remember cops respond, back-to-back, to incidents from minor to major and vice versa, and then they go back into service. Regardless, cops must adjust and respond appropriately to all manner of incidents no matter the psychological or emotional effects of a previous call.

To understand how varied police work is, it’s important to understand the context in which an officer is working. Too often, people assume the worst about cops. For example, a couple of decades ago, my partner and I were working in separate cars because of staffing shortages (yeah, they’re not new). He made a traffic stop. I was close, so I went to back him.

He was just wrapping up and told me the female driver had yelled him for stopping her for “no reason.” He said he pointed to her toddler strapped into a car seat in the backseat. He asked if they’d recently gone to McDonald’s. She said, “Yes.”

Then he told her he was driving behind her and saw the child was tossing French fries out the window. He thought she’d like to know. He said she instantly apologized. My partner let her off with a warning, but he took kiddie-cuffs out and arrested the French fry-flinging felon (just kidding).

I once got dispatched to twin 10-year-old boys who wouldn’t stop turning on their light after dad put them to bed. Then there was the mom upset her 15-year-old daughter wouldn’t get in the car to visit grandma. And I can’t forget the woman who called 911 because her daughter’s dinner guest wouldn’t help do the dishes.

Returning to the precinct, I saw a dangerous traffic violation (driver nearly hit pedestrian in crosswalk). So, I stopped the driver and issued a citation. The driver initially asked, “Don’t you have anything better to do?” Well, I’d just come from a mom stabbed by a house guest in front of her young son a few days before Christmas. I didn’t have the energy to explain, so I just told him to drive safely and headed to the precinct.

For example, according to govtech.com, “Baltimore Police leaders are ramping up efforts to make the department more efficient amid persistent staffing shortages and rising gun violence.

“Police Commissioner Michael Harrison on Wednesday announced a new initiative he called SMART policing, which stands for “strategic management and alternative response tactics.” He said the ultimate goal is decreasing violent crime by freeing up sworn officers to focus more on proactive patrols, community policing, and emergency calls: “To be efficient with our ever-shrinking resources, to be effective in where we’re spending our time and what we’re asking officers to do.”

He speaks as if “shrinking resources” is inevitable. It’s not!

Think about what’s happening here. Instead of repairing the destruction caused by the disastrous “defund the police” nonsense, leftist city leaders are trying to compensate for the short staffing defunding produced by offering the community fewer services.

It appears leftists are trying to normalize having fewer cops. This includes sending social workers “to certain calls involving a behavioral health crisis.” How do they know before arriving that they won’t need the police? Seemingly “minor calls” involving drugs, alcohol, or mental illness are some of the most dangerous and volatile calls cops get.

Here are a few recent examples, from Police1.com, of various incidents cops responded to, possibly after minor calls and often before responding to a minor call.

Florida cops in Vero Beach responded to a 911 call of a naked 4-year-old girl “wandering a Florida neighborhood.” An investigation led police to a “home covered in ‘dirt, trash and fecal matter….” The officers arrested the parents. How angry would that make you? The cops went on to the next call.

In Buffalo, N.Y., an incident described as “‘casual’ and even ‘jovial…” escalated to violence when officers observed a nearby male with a gun. An officer chased the suspect who allegedly fired at the officer. The officer fired back, during the foot pursuit gunfight.

And, also in Florida, during a “routine” traffic stop, the driver ran away. An officer chased him, but the suspect doubled back and got into his car and attempted to flee. “According to investigators, the deputy attempted to stop the man and the car but was dragged approximately 150 feet in the parking lot….”

The sheriff’s office reported the suspect attempted to reach for something under his seat. “The deputy fired approximately three shots at the man, who fell out of the car with the deputy.” The suspect died from his wounds.

Keep in mind that cops can respond to a rape, a homicide, or even the death of a child and then get dispatched to a parking complaint or noise disturbance. The point is, most often, cops don’t have the luxury to retreat to a “safe space,” as leftists do after their candidate loses an election or a court rules in a way they don’t like.

For law enforcement officers, despite most tragedies and trauma they witness, they must go back to work serving and protecting their communities.