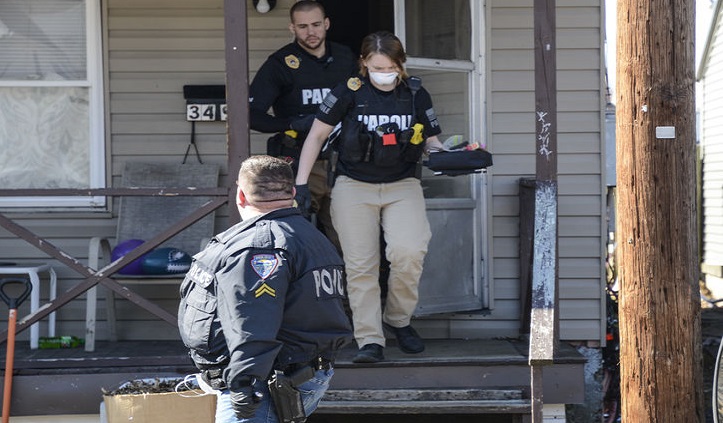 The U.S. Supreme Court just put the phrase community caretaking in the news. It sounds pretty innocuous and most often is simply a kindness shown by police to the community. But there are limits because, as with so many good things, it can be abused.

I remember my field training officer (FTO) first exposing me to the concept when I was a student officer. We saw a car driving ahead of us with keys dangling from the trunk lock. My FTO asked me if we had the authority to stop that car since the driver wasn’t violating any traffic laws.

This precise “mock scene” never having come up in the academy, I said I wasn’t sure. I added I thought so, but I didn’t know why exactly. My FTO told me our department called it a “community caretaking function.” He said, it pertained to aiding people outside the scope of law enforcement but in the interest of public safety. He told me once they parked the car, someone could steal the keys, steal stuff from the car, steal the car, and perhaps even find the vehicle owner’s address and use keys to burglarize their home.

He explained, by stopping the driver and giving him or her the keys, we’d be “caring for the community.” Seems the man was using his keys to drive, and his wife had accidentally left her keys in the lock after placing groceries in the trunk. What an expression of relief the driver had when we gave him the keys rather than a traffic ticket. My FTO explained, often community caretaking tasks are good public relations.

But the SCOTUS just gave America a unanimous view of another version of community caretaking. That of entering a person’s house and confiscating firearms, using community caretaking as justification. All nine justices rejected the premise, as applied in this case, Caniglia v. Strom. How often do the right and left on the Court all agree on anything? It’s more likely the justices, right, left, and Roberts, agreed on the ruling but for different reasons.

According to the L.A. Times, as reported at Police1.com, this case involved a Rhode Island man, Edward Caniglia, whose wife called police because, after an argument, she was concerned her husband was suicidal. She also told the police he had guns in the house.

On arrival, officers spoke with Caniglia who said he was not suicidal and was apparently honest about having guns in the house. He reluctantly agreed to go by ambulance to the hospital for a mental health evaluation. However, he told the officers they did not have permission to enter his house or take his guns. The Times reported, “they did just that and confiscated two handguns.”

Justice Clarence Thomas wrote, “‘The 1st Circuit’s community caretaking rule goes beyond anything this court has recognized’ under the Fourth Amendment. The police ‘lacked a warrant or consent’ to enter the home, and they were not ‘reacting to a crime.’ Nor was there an emergency that required officers to enter immediately, he added.” These details are crucial to the ruling.

Justice Brett Kavanaugh recognized police could still enter a home to “prevent a potential suicide” or to help someone, particularly an elderly person, whom no one has seen or heard from for several days and may have fallen and suffered an injury.

This ruling should be interesting in jurisdictions where so-called red flag laws, as explained by Dana Loesch at The Federalist, are proliferating. These Extreme Risk Protection Orders (ERPO) “allow” police to confiscate firearms on an “emergency” basis with little or no due process. There are many barbs on this wire for officers to contend with.

If cops don’t confiscate a gun in a “red flag” situation, and the person commits suicide or homicide, these days, they’ll come (pardon the pun) gunning for the cops. And the gun control powers-that-be are not likely to be concerned, by such a confiscation, the officer is likely infringing on a person’s Second Amendment rights, placing a red flag order above the U.S. Constitution. If you have enough evidence to seize a person’s guns, get a search warrant. A person with an axe to grind making biased statements against you is not “enough evidence.”

So, where does this put red flag laws? Doesn’t this case’s description illustrate a perfect case for gun control supporting officials to implement red flag confiscations? So, based on this ruling, officers can no longer take someone’s guns in similar circumstances, right? What if there is a red flag law in the jurisdiction? Well, it’s a bit confusing.

According to Dan McLaughlin at National Review, as reprinted at msn.com, Justice Samuel “Alito noted that the Court has not yet decided when police can enter a home to prevent a suicide; has not yet considered ‘red flag’ laws allowing the confiscation of guns; and has not decided when police can enter the home of an elderly person who may be injured.” So, stay tuned.

Kavanaugh also argued people reported as suicide risks or a “possibly injured elderly person should be ample grounds for people [cops] to enter homes.” But I’m not seeing that aspect as the sticking point. The problem arose in this case specifically from a search and then seizure that seems to have violated the 4th Amendment to further violate the 2nd Amendment.

With all the unresolved aspects of the community caretaking and red flag issues Justice Alito listed above, it seems the Court has left police officers to fall back on one of their most valuable assets: common sense. Though, these days, even using common sense is no guarantee cops can avoid the leftist minefield because anti-cop, anti-gun leftists use so little common sense themselves.