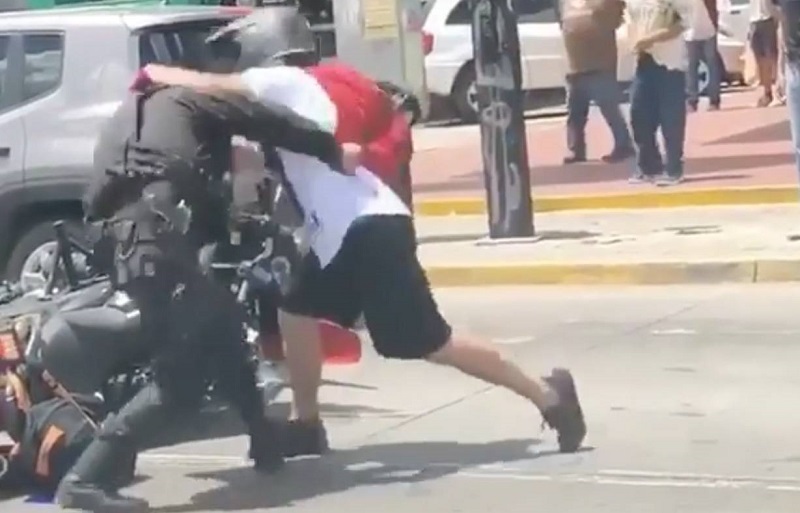 Indianapolis, Indiana –The National Police Association (NPA) announced today their latest public service announcement on the dangers of filming, instead of helping, struggling police officers to radio stations nationally. This PSA urges listeners to help law enforcement that appear to be struggling while completing an arrest by calling 9-1-1, and to not standby and film an officer in danger.

On October 9, 2020, in Baltimore, Maryland an MTA police officer was found unconscious at the Upton Metro Subway station, with no citizens attempting to save him. Instead, an individual chose to film the incapacitated officer with a cell phone to post on social media. Citizens across the country have taken to filming and posting officers in danger to their social media channels rather than calling 9-1-1. Through this PSA, the NPA aims to create awareness around the dangers posed to both officers and citizens when witnesses chose to film officers in distress with their phones instead of calling 9-1-1 for assistance.

“Many times, incidents where struggling police officers are captured via cell phones go widely unnoticed, with local and national news rarely reporting on the issue,” said National Police Association Spokesperson Sgt. Betsy Brantner Smith (Ret.). “This PSA will inform citizens on how filming, instead of aiding, a police officer in danger is an incredible risk for law enforcement professionals, and the communities they serve. The NPA strives to end this behavior, and ensure the dangers this poses to police officers gains more news coverage on a local and national level.”

The PSA will be distributed to over 1,000 radio stations across America for syndication nationally by MediaTracks.

The NPA plans to also record and publish a TV PSA on the same subject to inform Americans further on this imperative, growing issue.

The PSA can be heard here

About The National Police Association

The National Police Association (NPA) is a 501(C)3 non-profit organization, EIN 82-0647764, founded to educate supporters of law enforcement in how to help police departments accomplish their goals. The NPA works to bring national and local attention to the anti-police efforts challenging effective law enforcement, building public support for needed actions through radio public service announcements, legal filings, articles authored for the NPA by law enforcement experts and the NPA’s podcast. The National Police Association is supported solely through contributions of individuals and organizations. For additional information, please visit www.nationalpolice.org.