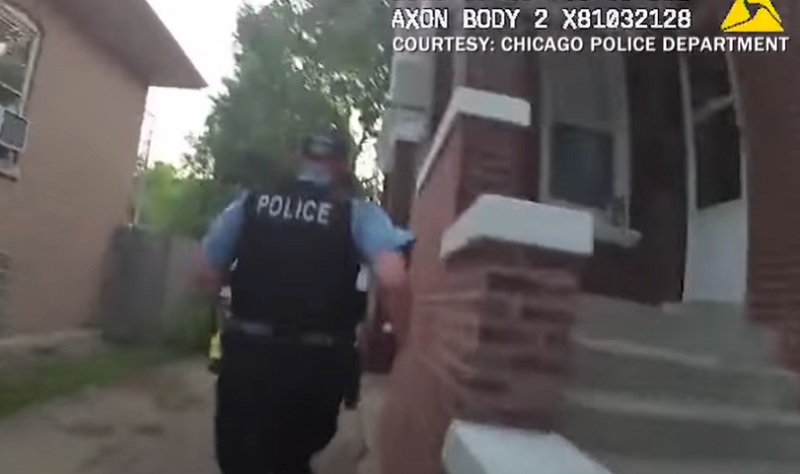 Chicago’s looney lefty Mayor Lori Lightfoot has turned being bad at “mayoring” a major American city into an art form (yes, mayor can be used as a verb if the mayor is bad enough at it, and she is).

As its anti-cop mayor, Chicago residents don’t stand a chance against criminals. Lightfoot and non-prosecutor Kim Foxx have turned emboldening criminals into a profession. Not only cops but also dispatchers are speaking up for Chicagoans.

But rather than admitting their bone headedness and making amends, they are doubling down on dumb. Now, according to a report in US News & World Report, via the AP, “A new foot pursuit policy prohibits Chicago police officers from chasing people simply because they run away or if they are suspected of committing minor offenses.”

Like other ludicrous diktats, this one will also come back to bite city officials in the butt. There are so many things to consider when you put the onus on the police rather than the criminals for the crimes they commit.

Crusty old fogey alert! I remember a time when cops would chase and catch criminals. Most often, they ran for a good reason, usually outstanding warrants. So, when an officer tried to stop a person for jaywalking, and that person ran, the officer would chase that suspect who’d just turned an infraction into a crime.

Many times, after catching the suspect, officers would learn the suspect had a warrant or was wanted for armed robbery, rape, or even murder. Or the suspect ran because he had a gun.

Now, in Chicago, because a couple of people involved in violent criminal behavior forced officers to shoot them after fleeing alleged felony crimes, Chicago gets to become even less safe than it already is. What does that look like? But wait. I should amend that. Chicago’s law-abiding residents will be less safe, but its criminals will be safer.

Chicago Police Superintendent David Brown disagrees. He said, “he expects the new policy will make the officers and the public safer, as has happened in other cities with similar policies.” I’m not fooled that Chicago’s political leaders are worried about officer safety. Nothing they’ve done to date points to that. However, I do believe they want the public to be safer, if you define the public as the criminals.

“Officers won’t be allowed to chase people on foot if they suspect them of minor offenses such as parking violations, driving on suspended licenses, or drinking alcohol in public. But they will still have the discretion to chase people who they’ve determined are committing or about to commit crimes that post ‘an obvious threat to any person.’”

Well, how magnanimous of Chicago’s leaders to allow for “obvious threats” to the peasants.

But as the people responsible for Chicago’s public safety, shouldn’t they ask themselves why someone would run from police for a simple, “parking violations, driving on suspended licenses, or drinking alcohol in public?” The reason is likely not so simple.

There’s another aspect they’re either not considering or don’t care about. It affects a police officer’s duty to enforce the law. As far as I know, the Chicago city government hasn’t repealed “parking laws, driving with a suspended license, or drinking alcohol in public”—or, for that matter, obstructing or eluding a police officer.

And there’s another thing to consider. Let’s say you are a Chicago police officer. You observe a person jaywalking, crossing the street mid-block instead of at the crosswalk. You tell the person to stop, so you can either warn or cite him or her. Instead, the person flips you off and bolts up the sidewalk.

Your instinct is to chase because you’re wondering why someone would run from you for such a minor infraction, but you tamp that down. Your superiors have banned you from enforcing the law in this circumstance. So, you let the person go (was he a wanted felon, perhaps a rapist or pedophile? Who cares? You do, but Chicago’s leaders don’t).

But here’s the forgotten nuance. The next week, you see someone else jaywalking. You tell him or her to stop. This time, the person complies. It was a blatant infraction, like the person last week, so you’re inclined to issue a citation.

But, you wonder, how can I enforce the law only against those who comply with police orders? I’m not saying an officer shouldn’t or couldn’t cite but wondering about the justice of it is unavoidable for officers. Last week, the first person committed an infraction, just like the second person. But, after the first person decided to run, he or she committed a crime—maybe even a felony.

So, as an officer, your city leaders are forcing you to allow one person to get away with committing an infraction and then also a crime, but they’re expecting you to issue a citation to a cooperative person who only committed an infraction and no crime.

Is this how equal justice is supposed to work anywhere in America?