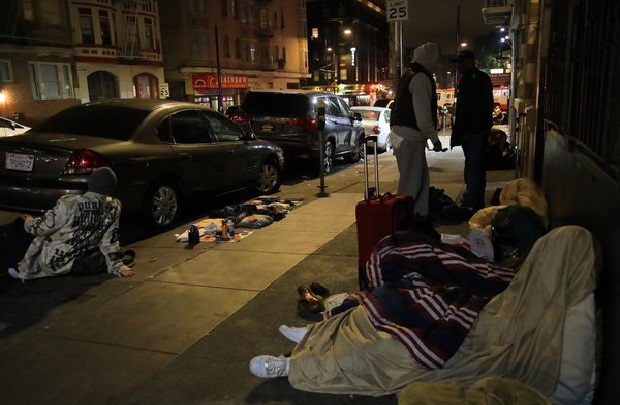 One of the latest attempts to mutilate the criminal justice system is the theory of so-called “survival crimes.” These are crimes where officials running criminal justice systems in leftist jurisdictions consider not the nature of the crime, but the social circumstance of the offender. Officials in these locales experiment with concepts that are no longer about equal justice. They’re about social justice, as they choose to define that term.

Equal justice, as guaranteed to us in the U.S. Constitution, holds individuals accountable for their actions. Social justice treats individuals collectively, according to their group affiliation and socioeconomic status. The latter concepts disrespects the individual. You have to wonder what some of our politicians believe comprises a constitutional right.

When talking about natural rights, as enumerated in the Constitution, specifically in the Bill of Rights, we’re talking about rights inherent in human beings. The right to free speech, freedom of religion, not to incriminate yourself, to be secure in your possessions, and the right to self-defense are all intrinsic qualities to all human beings. Whether their governments treat these rights with their due reverence is another question.

Chris Rufo, an activist working to reform Seattle’s prolonged political self-destruction agenda, defines survival crimes like this: “The theory holds that the homeless, the poor, and people of color commit property crimes and low-level infractions to secure their basic survival. Any enforcement of these laws is thus a violation of their basic human rights and should be relaxed—that is, local governments should stop enforcing any laws that ‘criminalize homelessness’ and “criminalize poverty.’”

This folds the concept of equal justice and the rule of law inside-out. How can any person have the “basic human right” to violate other people’s rights? Isn’t this a bit like matter meeting anti-matter? It leads to annihilation, in this case, of a sound and secure community.

Rufo was a candidate for Seattle city council until he received threats against his family and felt forced to withdraw from the race. Such is the state of politics in many cities, these days. He further encapsulates the concept comparing survival crimes with the “flip side” of the broken windows theory. Essentially, broken windows means ignoring minor crimes and infractions leads to more serious crimes. Broken windows theory seeks to hold individuals responsible for minor offenses, so they’re less likely to commit more serious crimes.

The theft of food by a mom or dad to feed their children while suffering a temporary lack of resources can be a mitigating circumstance. Still, there are often many community and government programs available to help such people. But the theft of food, or whatever, by someone who’s adopted “homelessness” as a lifestyle has earned no mitigation from the criminal justice system. In fact, they deserve the respect of having government treat them exactly like they’d treat any other person. Allow them the respect of being responsible for their actions.

So-called survival crimes first seek to categorize the offender by his or her group association. For example, if the suspect has the euphemistic label “homeless,” then the theory considers the person’s criminal actions to be forced by condition of poverty. Thus, the conscious mutilation of the rule of law, which, by the way, drives cops nuts.

Police officers swear oaths to uphold Federal, state, and local laws, including the U.S. and their states’ constitutions. This means adhering to the rule of law and, in particular, equal justice. So, what happens when federal, state, or local officials adopt policies or pass laws that circumvent equal justice and the rule of law? Chaos. And who deals with the chaos not as a matter of theory but of reality? Cops.

America’s founders conceived a country of laws, not of men, where striving to adhere to the rule of law was supposed to be guaranteed. How can adopting survival law policies, which seek to ignore lawbreaking by people within certain social, economic, or ethnic categories, not wreak havoc on a community? It can’t.

Law enforcement at all levels and prosecutors used to form a partnership as advocates for public safety and for crime victims particularly. Today, in some jurisdictions it’s difficult to tell the difference between a prosecuting attorney and a defense attorney.

This battle of conflicting theories puts law enforcement officers in the middle of a battle of competing ideologies. One that requires officers to uphold their oaths, and the other that force cops to violate their oaths. This is not a matter of perspective; this is the reality churning in every officer’s mind as they try to do their jobs.

When a public policy instructs officers not to enforce duly legislated law or to violate their oaths to uphold the Constitution, government officials place cops in an impossible situation. Society should not expect police officers to function with this untenable dichotomy without also expecting serious consequences.