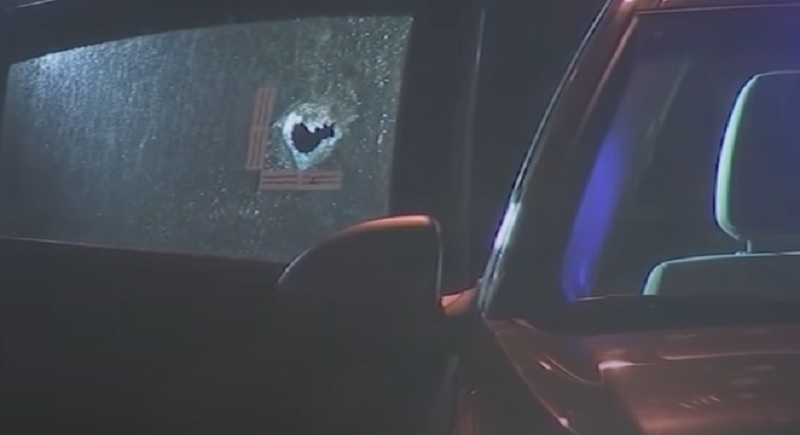 Recently, in Philadelphia, a police officer faced the most horrific scenario any cop can face. According to several reports, the officer was forced to shoot a 12-year-old boy who had shot at him and other officers.

According to the Tatum Report, four plainclothes officers were in an unmarked patrol car looking “for a 17-year-old wanted for questioning for illegal possession of a firearm.” Officers located the teen who was with a 12-year-old boy later identified by police as Thomas Siderio.

Police say the officers drove toward the two, activated their police lights and “chirped the siren.” Next, “they heard gunfire and glass shattering from the rear passenger window. One officer was struck by shards of glass while two others pursued the 12-year-old, who had shot at the car.”

“CBS Local reported, ‘The boys then ran from the scene and Siderio was still holding a gun. Police say one of the plainclothes officers then drew his weapon and fired, striking Siderio’s back, killing him.’” It’s not unusual for older boys to transfer firearms to younger kids.

TatumReport.com also wrote, “Incidents like these are by nature chaotic. Further investigation should provide details about the precise sequence of events. However, some details are clear. It is not normal for anyone to shoot at police, especially a little kid.”

Philadelphia Police Department (PPD) Commissioner Danielle Outlaw’s initial comments were measured and appropriate. She said, “Last night, a young child with a gun… purposely fired… at our officers and by miracle, none of the officers suffered life threatening injuries.”

Now, Outlaw plans to fire one of the beneficiaries of that “miracle.” Holly Matkin, of The Police Tribune, wrote, “The Philadelphia police officer who fatally shot a 12-year-old boy after he opened fire on officers on March 1 will be fired after a 30-day suspension, the police commissioner announced Tuesday.”

Outlaw believes, according to the Philadelphia Patch, the evidence showed the unnamed officer who fired the bullet that killed 12-year-old Thomas Siderio violated the agency’s use of force policy.”

Then she upped the ante, saying, “And it’s tragic that we had one of our own, again, go against everything who we say we are.” Strong language while the investigation is nowhere near concluded, yet doesn’t this comment infer she’s made conclusions?

Laughably, the George Soros-funded Philadelphia District Attorney Larry Krasner said, he will conduct an “unbiased and thorough investigation.” Hinting at where he’s leaning, the “unbiased” Krasner said, “The death of a child is always a tragedy, and in this instance, a factually complex and deeply troubling one based on preliminary investigative information.”

Krasner is demonstrably anti-cop. Just ask former U.S. Attorney for the Eastern District of Pennsylvania, William McSwain, who is a strong critic of Krasner. He told Krasner to “stop making excuses for criminals.”

PPD Sergeant Eric Gripp described what the 12-year-old had done. “This kid fires a shot right into the rear passenger’s side window. We’re really lucky we don’t have an officer seriously injured and killed right now because the bullet went right through that window and embedded itself into the driver’s side headrest.”

Now, I’m trying to make sense of this bit of information provided by the Patch. “Investigators said the officer who will soon be terminated from the PPD fired two more rounds at the juvenile gunman, hitting him once in his upper right back.” Fired? This is due process?

WPVI reported, “He [Siderio] dropped his firearm and collapsed to the ground.”

He dropped his firearm.

If he’d escaped, think he might have posed a serious risk to society? Allegedly, he was still armed when police shot him, and he had just shot into a police car occupied by four cops. Would his escape end the threat to the community and police? Think he still posed a danger to other officers if he escaped? A 12-year-old with a gun can be just as lethal as a 35-year-old adult with a gun.

The story is horrible, especially because of just how uncomfortable it is that the suspect who allegedly shot at police officers was only 12 years old. That kid should never have been out there with that gun. But that’s not on the officers who were shot at. The other prickly aspect was preliminary information that the officer allegedly shot the suspect “in the back.”

Was the suspect pointing the gun back toward the officer as he ran? Did he point it at the officers and then turn as the officer fired? I don’t know. If you watch the video of the 2020 police shooting in Atlanta where a suspect assaulted two officers, stole a Taser, and fired it at the cops. In the video, viewers can see the suspect running away, firing the Taser backwards when the officer shoots the suspect “in the back.”

But let’s say the suspect wasn’t pointing the gun backwards at the officer when he was shot. He was still allegedly armed. Reportedly, he hadn’t dropped the gun. Isn’t it legitimate for the officer to consider not allowing an armed suspect who’d just shot at police—at him—to escape?

Uncomfortable because of the suspect’s age? For sure. But what’s the answer? Again, I don’t know. It depends on what the investigation determines. But officers are supposed to consider what imminent danger an armed escaping suspect poses to the public. When it’s a kid, it’s supremely tougher, but that question does not change the lethality calculus.

Siderio’s family, whose child, for whom they are responsible, was allegedly in possession of a firearm, who was out on the streets hanging with a 17-year-old wanted by police for questioning about illegal gun possession, are suing the police.

They are angry and grieving, which is to be expected no matter how your child dies. But that doesn’t change the fact as they exist. Again, that child should never have gotten to the point where he allegedly illegally possessed a gun and, worse, purportedly fired at police officers.

If this incident weren’t so serious and tragic, the family attorney’s comments might be viewed as a parody. According to WPIV, the lawyer “denied allegations the 12-year-old was carrying a gun when the shooting occurred.” He also went on to say, “police simply ‘murdered’ the pre-teen ‘at point-blank range.”

He ended with a disgusting, irresponsible anti-cop flourish that goes well beyond providing a “vigorous representation” for his client. “This unseemly speculation about his [Siderio] guilt – from Philly PD, in particular – is just the latest example of their own interest in covering their tracks, rather than atoning for this unforgivable act of malice and murder.”

Think about that. He’s accusing the police officers of maliciously murdering an, according to him, unarmed 12-year-old boy. What’s also disgusting that so many people either also believe it or are at least willing to entertain that the heinous assertion is true without evidence.

Whenever I write stories like this, I always look out for that “hold up” moment if I run into information that causes me to hesitate. Even though the investigations and reporting are incomplete, that cop “Spidey sense” that says something’s not quite right can make me pause and wait to find out more. In this case, I’m not seeing a hold up moment.

Now, is it possible the investigation could change that? Sure. I’d be as bad as the anti-coppers if I formed solid conclusions or made baseless allegations without evidence or until a thorough investigation had been completed. However, until then, I’ll give the benefit of the doubt to the accused officer, who is no doubt currently going through his own Hell on Earth.