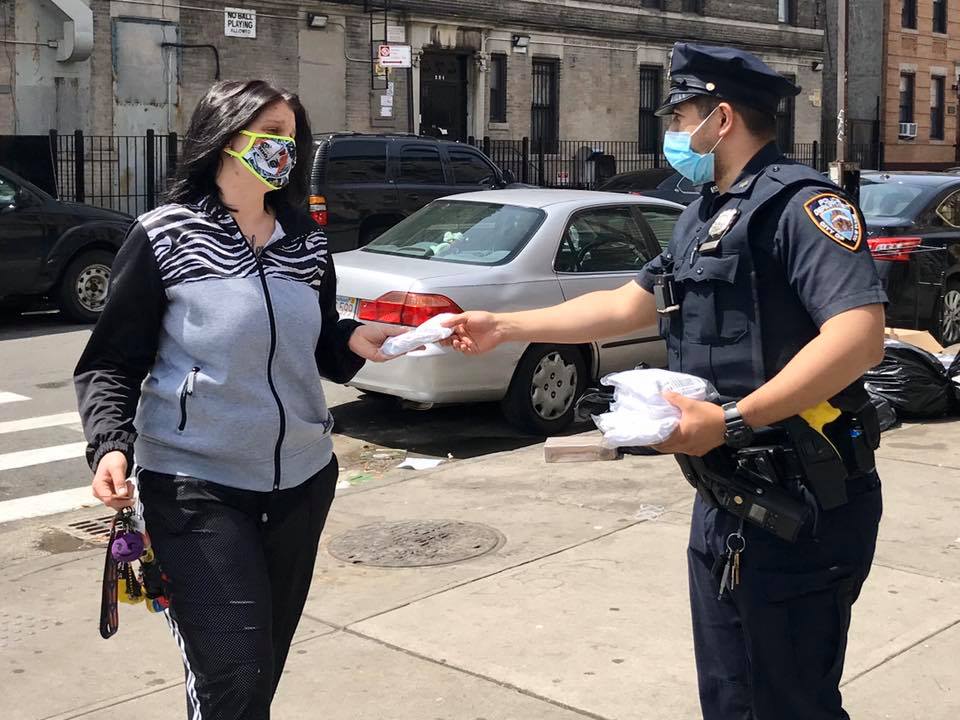 By now you’ve likely heard about potty-mouth New York City Health Commissioner Dr. Oxiris Barbot who, as reported by the New York Post, said “I don’t give two rats’ asses about your cops!”

This stemmed from NYPD Chief of Department Terence Monahan requesting about 500,000 medical face masks for his police force, to protect them against COVID-19. Inarguably a logical and rational request since law enforcers are out and about among a metropolis population patrolled by police whose members have especially been impacted by the virus. According to Health Department figures through May 13, out of the NYPD’s 5,490 cops affected by the coronavirus, 41 personnel have succumbed.

Dr. Oxiris Barbot’s excuse for withholding face masks from NYPD personnel? “I need them for others,” she claimed. No cop anywhere is seeking to deprive another of a device meant for safety and salvation. It is antithetical when we consider why cops become cops in the first place, so this is not about being better than. It is about being well equipped to ensure positive outcomes of those to whom police swore to serve and protect.

Whether Dr. Barbot has effortless regard for trading rats’ asses or not is not necessarily important—her rodent rants are of lesser concern. That she denied NYPD police personnel potentially life-saving essentials —personal protective equipment— is absolutely imperative. That any government official would conduct herself in this manner is disreputable and a betrayal of her office and the very essence of why she is employed by NYC: Public health. No where is there exclusionary language claiming cops are ineligible—the mere thought is preposterous.

We are not talking about sycophants here; we are considering life-saving warriors who have every right to self-preserve so that they can be assuredly successful in their mission to serve the public.

Thankfully, the media took a bite out of this Gotham-based saga.

After whatever behind-the-scenes wrangling was done involving NYPD administrators and city hall officials, the situation ameliorated to where a decent quantity of medical face masks was dispatched to the NYPD. In what many are billing a half-hearted, disingenuous apology from Dr. Barbot, parties went back to their neutral corners and carried on the Big Apple’s business. For her part, Barbot reportedly cited that a discussion with Chief Monahan got heated and some things were said. As if cops never hear such flimsy excuses for awful behavior. Dr. Barbot is the city’s figurehead appointed to lead the NYC Department of Health and Mental Hygiene. Doesn’t the term “mental hygiene” equate to self-control? 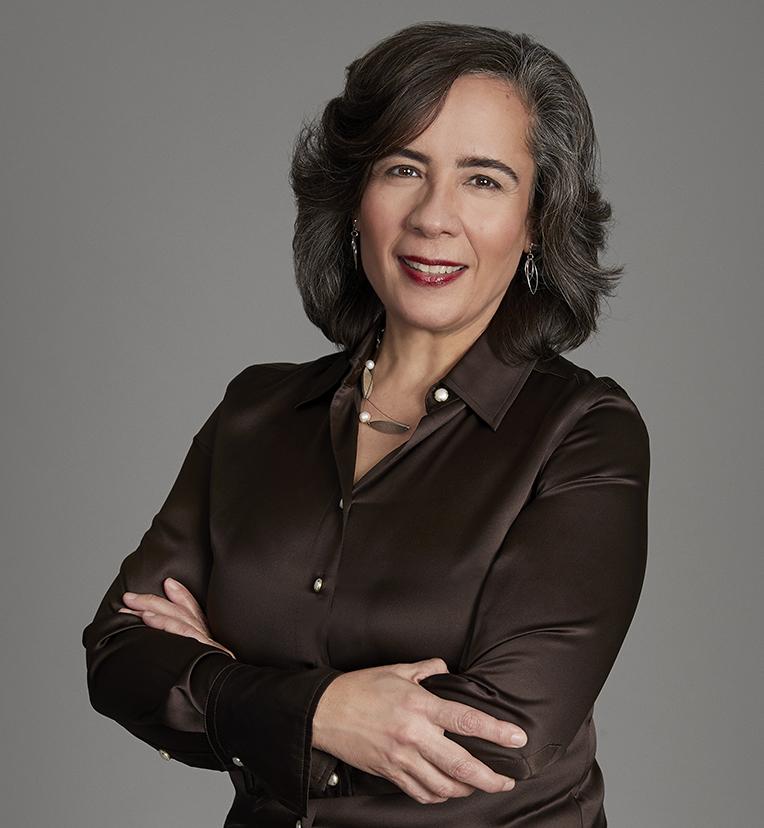 Either way, somehow somebody somewhere in NYC saw to it that this utter nonsense was remedied—NYPD officers are now accordingly equipped.

What does New York City business look like? Our cover photo is a crystal-clear clue. In utter irony, now that NYPD law enforcement officers are requisitely equipped with enough masks to protect themselves, it seems they are actually out and about on NYC streets…effectively doing NYC Health Commissioner Barbot’s job. Today, reports and photos are populating social media sites, depicting New York’s Finest walking the beat and distributing face masks to citizens who are without the protection (or need a refresher).

It will infinitely bear repeating: We must not simply stand by while our nation’s police officers serve under such grotesque conditions involving elected (or appointed by) officials whose seeming bad habit is to turn a blind eye along with clogged ears, wittingly shutting out the chronic adversities cops confront daily while they’re also subjected to the travesties of disrespect, disregard, neglect, and implications of second-rate humans.

Never should a cop be made to feel like a back-seat number-taking employee of little to zero import. Back seats are for criminals who deserve such relegation, an earned status for which we fastidiously expect cops to handle and handle well. Anti-police governance can not have it both ways. Indeed, when the chips are down, men and women in law enforcement uniforms rush forth to mete out matters from which others flee.

It remains a fascinating feature of cops that each one returns to duty after debacles and disdain are thrust at them. Where cops stand up despite overwhelming odds, some city leaders make comparisons to Ratatouille and his cousin, debasing cops with seeming impunity. As of this writing, Dr. Barbot retains her position as the health commissioner presiding over an approximate populace of 8.5 million, 55,000 of whom she evidently considered equivalent to mere mulch.

Such matters ignited by reckless-minded officials is unconscionable. Mind you, Dr. Barbot took an oath upon completing medical school, citing many principles of humane stewardship. A stand-out tenet she swore to uphold is “I will do no harm or injustice,” as attested to by every medical practitioner in the sacredly-worded Hippocratic Oath. Did she fail in this regard? Did at least 55,000 humans find themselves trying to do the absolute right thing while their well-intended actions are defeated by someone supposedly on the same “mental hygiene” team?

Pursuant to the Hippocratic Oath, all medical doctors attest the importance of caring for humans, specifically agreeing “to fulfill his needs as required.” Seems another ethical infraction was committed by Dr. Barbot. Sadly, there is more.

Of the many values held dear in the covenants to which physicians swear allegiance, “avoiding any voluntary act of impropriety or corruption” is among them. Did we witness abdication here, given Dr. Barbot’s behavior? If the Hippocratic Oath is a constitution of professional ethical standards and conduct by which medical physicians abide, did Dr. Barbot’s obscene testimony (involving rodents’ waste stations) forfeit her principles in matters of treatment of others, in this case…cops?

A curious line in close to the conclusion of citing the Hippocratic Oath is this: “So long as I maintain this Oath faithfully and without corruption, may it be granted to me to partake of life fully and the practice of my art, gaining the respect of all men [and women] of all time. However, should I transgress this Oath and violate it, may the opposite be my faith.” 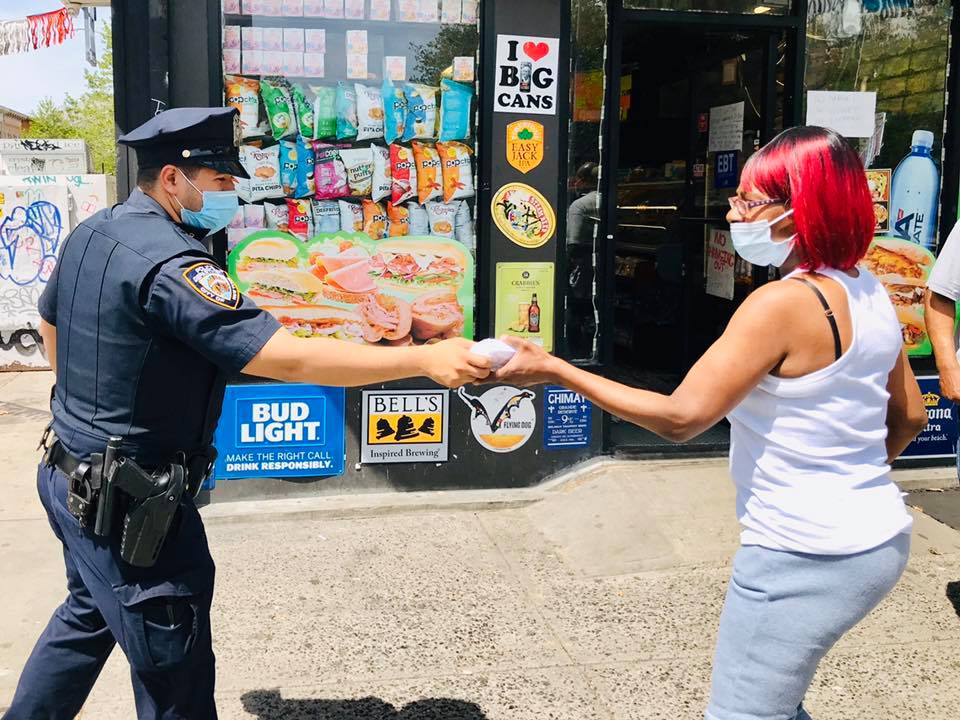 This, during National Police Week and Peace Officer Memorial Day and on Armed Forces Day where we honor military servicemembers…many of whom also serve as cops in thousands of communities once home from battlegrounds such as Afghanistan and the like.

LEOs do not ask for the world, but they sure deserve much better, especially a face mask worth about a dollar, if not less.

NYC Police Benevolent Association President Patrick Lynch invited Dr. Barbot’s misconduct and poor character to “look in the eye of every police family who lost a hero to this virus. Look them in the eye and tell them they aren’t worth a rat’s ass.”

As the New York Post Editorial Board members cited, “Barbot’s words about the men and women who keep our city’s neighborhoods safe are inexcusable.” Who could argue that point?

As it stands, Dr. Barbot is still employed as NYC’s head of the Health Department, while calls for her dismissal resound across media channels. PBA boss Patrick Lynch said, “If we infected others because she wanted to hide masks in a warehouse because she didn’t give a rat’s ass about NYC police officers, that’s inexcusable.”

Incidentally, since Dr. Barbot said “I don’t give two rats’ asses about your cops,” was she talking to NYC Mayor Bill de Blasio, the same mayor who eventually claimed he was unaware of Dr. Barbot assailing NYPD personnel? After all, his 24-hour protective detail consists of only NYPD police officers.