Skip to content
If Only Leaders Supported Guardians of Law and Order, If Only… 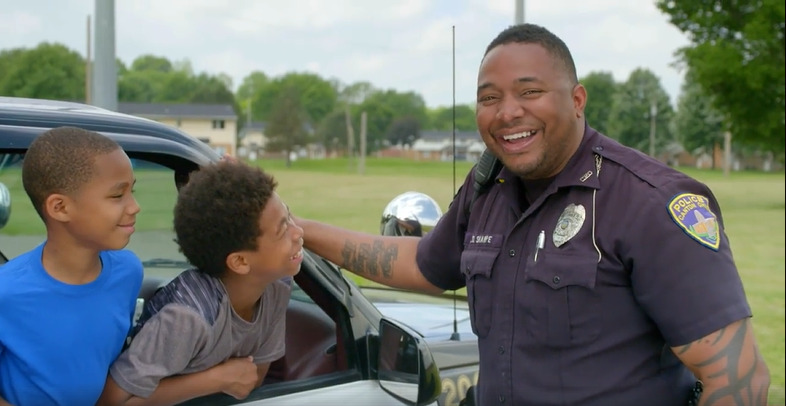 I just completed a webinar class with trusted mentors who are Christian-based, life-experienced critical thinkers maturely analyzing the undercurrent of our nation’s present political powers in office. All eyes/ears synchronized when the main speaker, after opening with prayer for discernment, chronicled the details and tempo we are witnessing, notably the unrelenting attack against our law enforcement institution as one major means to establish party control of the masses.

The White House announcing a one-year anniversary powwow between President Biden and the family of George Floyd while also pushing for police reforms (further neutering of cops’ abilities to properly protect you) in the name of Mr. Floyd typifies going down a dark road, coddling criminals over law and order and the law-abiding citizens who expect-deserve it.

Unity, the very thing echoed in the beginning is now a tired tale.

As Mission: HERO wrote recently: “Imagine living in a country where the President hosts and honors a drug dealer who once put a gun to a pregnant lady’s belly and threatened to kill her unborn child while his thug buddies robbed her.”

The president dead-lined the police reform bill in Mr. Floyd’s name, pressing for it to pass by May 25 (the one-year mark of Mr. Floyd’s death). Didn’t exactly go as planned though.

If only the White House occupant saw fit to offer all first responders bonuses for the tireless work they have been doing during the increasing protests, while also handling the complexities and sensitivities born of the pandemic, just like Florida Governor Ron DeSantis did for his state’s police, fire, EMS personnel…

Indeed, the violence and malice unabashedly displayed in cities across this beloved nation persists and permeate, and there remains a hands-in-pockets stance by those controlling our highly trained and ever-ready police forces to nip this nonsense. But no…we watch barbarism as if it’s part of our modern fabric:

The preceding video exhibits one of the latest displays of thuggery, with hordes of “partiers” standing atop a St. Louis Police cruiser, pouncing it while a police officer sat inside. And how about those comments made by a St. Louis civic organization rep? Deluding the public and tourists?

Here is a view of that scene from the exterior; imagine yourself as the cop behind that wheel:

I’m unaware of any rebuke/discouragement of such behavior from any electeds on the Hill, the hub where all of the federal politicos were holed up and besieged while U.S. Capitol cops did their darndest to hold the line against throngs of frenzied folks. For sure, they wanted answers after that melee…they still do.

If only they thought enough for this St. Louis police officer who was dangerously close to being mauled by marauders. Pundits aside: An “All call” to an already significantly depleted department is yet another slap in the face to the already overwhelmed LEOs trying feverishly to hold the line. It’s not new. It is foreseeable with the way things are spiraling, yet cops keep attending hitting the streets in hopes of redeeming a fraying (affraying) society.

St. Louis Mayor Tishaura Jones, another “leader” who championed defunding the police during her campaign, replied to this near-murder of one of her cops: “Let me be clear: You can go out and have a good time without all this nonsense.”

She must be addressing people who live in cities which quash protests and partiers-turned-destructionists as soon as they cross the line of law and order…because based on what we saw, I can’t imagine anyone would care to witness a confined cop surrounded by frenzied violence. A cop whose employment she seeks to whittle to nothing. Make no mistake: criminals are fever-pitched by little to zero competition on the streets, namely cops.

As murder rates soar, the “nonsense” is a combination of volcanic criminality and “leaders” who bullhorn-blast anarchistic behavior while deriding cops. As we’ve heard so often lately: you get what you vote for.

While some did not vote for the present “leader” of the nation because they preferred a pro-police candidate, the nation’s law enforcement community carries big burdens.

If only the president had designs on legislating pro-police, anti-riot statutes underscoring law and order against the boldly malevolent protesters disrupting cities, just as Governor DeSantis did for his domain…

Never in my lifetime have I heard the phrase “never in my lifetime” repeated so much, largely having to do with how law and order is being wholesaled and cops are being skewered and whittled on demand, compliments of hateful groups and their elected ilk who help hold the antithetical banners scrawled with “Defund the Police” and “Abolish the Police” and “Abolish ICE.”

As Joe Gamaldi tweeted: “Defund the police is not a rational, nor reasonable policy decision. Murders surging in every city who was foolish enough to try.

“Anyone who continues to bluster on this…answer the real question of whether or not you care about your community or just want to score political points.”

Take for example Pound, Virginia’s leaders who recently cancelled its entire police force and are now compelled to revive it after successfully looking like fools. Seems the town’s “leaders” forgot the requisite oversight for evidence in tons of criminal cases pending adjudication, evidence for which statutorily sworn police officials have reign over, the traditional legality of chain-of-custody.

Whoopsie…egg on face of elected officials’ knee-jerking like other cities of varying sizes have already done, swiftly finding out that cops are needed for numerous reasons, paramount of which is to close the door on crime. This is yet another example of dereliction by politicos; in this case, criminals may benefit.

Again: these things boggle the mind.

After all, how can any population attempt to thrive without the constitutionally guaranteed protections and rights upheld and safeguarded by cops? Any maneuvering to control the script, generate narratives to suit their whims, and pulse away with anti-cop propaganda ushers in an evil manifesto.

They judge what they don’t know. As noted clinical psychologist Jordan Peterson explained, “You can’t twist the fabric without it snapping back.”

Why not believe cops who have utter context derived direct from the physical realm (scene) over those who recklessly throw together sensationalistic fictions at auction? Or networks turning a blind eye to atrocities best handled by cops.

And sometimes someone who should know just doesn’t, pandering instead to garner political points, as Mr. Gamaldi stated above.

Here’s a current example of the latest buffoonery emitting from the Big Apple’s Hizzoner. With burgeoning “crime, crime, crime” emphasized by subway crime involving maniacal slashings and/or riders shoved in front of oncoming trains, Mayor Bill de Blasio recently claimed that there are 3,250 NYPD cops on the subway. That’s a lot of badges, and it’s also a lot of fibbing from the mouth of a leader deluding himself and anyone who buys into his faulty math and bad case of pretending utopia is in his control.

Like I said, why not believe the cops? Believing in blue and their trusted data are as follows: “There aren’t 3,250 cops in the subway right now. With rotating tours & other duties, less than 1/3 are in the subway at any moment for 472 subway stops. Ask yourself, is that enough to keep every rider safe?” That originated from the NYC Police Detective’s Endowment…much more aware of their sworn strength (lack thereof) and logistical conundrums, not the fairy tale-telling mayor.

Although certain factions keep insinuating cops are like second-rate citizens, law enforcement officers are not exempt from the nuances of equality, and those in positions of power are not deprived of equanimity in that regard—equating to deliberation supplanting emotion-fueled knee-jerk policy decisions such as defund the police initiatives (which are undeniably backfiring with stark consequences).

As Epoch Times writers published recently, “The companies have also drawn intense scrutiny for perceived political bias and alleged unbalanced moderation of users’ content. Critics say much of the companies’ moderation in the past year has unfairly targeted conservative speech and speech from individuals deemed to be supporters of Trump.”

In that very same Epoch Times expose, noted legal expert Alan Dershowitz referenced critical race theory being pushed lately, and how it is based in Marxism, saying how these philosophies have “been heavily promulgated throughout academia, entertainment, government, schools, and the workplace in recent years, coming to new prominence following the rise of far-left groups such as Antifa and Black Lives Matter.”

Dershowitz added that these leftist-based principles advocate “for the destruction of institutions, such as the Western justice system, free-market economy, and orthodox religions, while demanding that they be replaced with institutions compliant with the theory’s ideology.” The italics emphasized in that statement denotes the constancy of our nation’s law enforcement institution being pushed against the ropes in anti-police efforts to knock it from the ring, despite the reckless ramifications in doing so (exemplified in the St. Louis debacle covered above).

I-told-ya-so statements may be generally annoying; here, though, they are golden.

Thank the Good Lord for the men and women of justice who hold the line and continue to fulfill their promise to the people, unlike those who betray their oath of political office for the temporary throes of pander equating to bloody mitts depositing corrupt latent prints.

Thank goodness for critical-thinking governors here and there who see the folly and disaster of those seeking to defund the police. There is always hope, and sometimes voting with your feet will step right into it…

As a NYC Detectives’ Endowment Association spokesperson said, “New Yorkers need their highly trained and dedicated NYPD cops. The idea of defunding and handcuffing the police is NOT working — and the public is suffering. Pols need to move out of the way and let the Finest protect NYC.”

Although that sentiment speaks for NYC and its roughly 36,000 police officers, it applies to all of America’s cops.