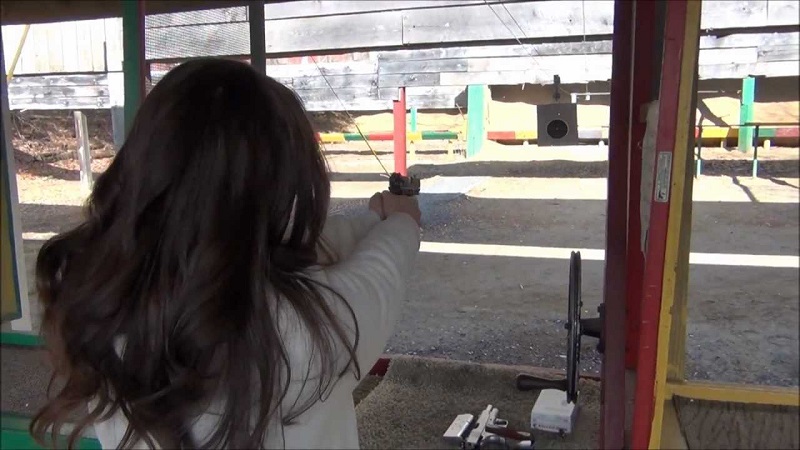 It’s getting crazy out there, especially if you are a police officer who believes in the Constitution and the oath all cops swear to uphold and defend it. United States Supreme Court Chief Justice John Marshall famously commented, “A law repugnant to the Constitution is void; and that courts, as well as other departments, are bound by that instrument.”

With those words, Marshall established that the Supreme Court can nullify a law even if Congress passed and the President signed it. Here, we’re talking about the Commonwealth of Virginia attempting to create laws repugnant to the Constitution.

Since the recent anti-cop, anti-gun political takeover of state government—now holding all three branches, politicians have wasted no time in attempting to create repugnant laws. These politicians do not only want to restrict Second Amendment rights in their traditional “commonsense gun laws (lies)” ways.

They also want to outlaw ownership of a large class of Americans’ most popular firearms. Further, they even want to confiscate firearms Virginians have already legally purchased and legally own.

The problem, as Professor Allen Dershowitz recently told Mark Levin during an interview on the latter’s Fox News Channel TV show, that Alexander Hamilton also said laws that are inconsistent with the Constitution are void.

Even if a new law is void by that standard they get away with [it] because there [hasn’t yet been] judicial review. In other words, they get away with the infringement until someone challenges their legislative repugnance and it is adjudicated by the courts. A lot of injury (literally), financial hardship, and rights violations can occur in the meantime.

It can take years to adjudicate just one of these cases, and the anti-gun forces know it. Any trust the founders had placed in their posterity to protect the Constitution was misplaced in many of today’s leftist politicians.

Another problem is we have plenty of examples of the Supreme Court being so obviously out of compliance with the Constitution: Plessy v. Ferguson (separate but equal), Dred Scott, and Korematsu v. U.S. (Japanese internment) are good examples. This is why an originalist Court with respect for the Constitution is so important to preserving Americans’ essential rights.

The problem is also in what these anti-gun politicians expect police officers to do, if they pass laws that are constitutionally void at their inception. The Constitution is quite clear about the people’s right to keep and bear arms. People who can read know what the Second Amendment says. Opponents, on the other hand, must conflate, extrapolate and, frankly, make s#!t up to distort the amendment to make it say something it doesn’t mean—that they want it to mean—that they need it to mean.

Supreme Court Associate Justice Neil Gorsuch, during an interview with Fox & Friends, put it eloquently when he defined constitutional “originalism.” Justice Gorsuch said, “[T]he idea of originalism is just simply that judges should follow the original meaning of the words on the page. And, neither add things that aren’t there nor take away things that are there. And, I worry that both of those things happen when we depart from the original meaning of the Constitution.” What a sublime definition, so accessible to all Americans.

Do some lawmakers expect local cops to go door to door, collecting “banned” weapons from the people they have sworn to protect and serve? How does disarming people, taking away their God-given right to self-defense, protect or serve them? It doesn’t. In fact, it’s quite the opposite isn’t it?

And does anyone believe American gun owners are about to give up their ability to defend themselves and their families? Sorry, no chance in hell.

You’ve probably heard about the Second Amendment sanctuary movement. Police chiefs, sheriffs, city and county councils are declaring they will uphold and defend the Constitution in their jurisdictions.

But, in response to fanatical rhetoric from anti-gun forces in states like Virginia (of all places: home of Washington, Jefferson, and Madison), Americans are standing up for their rights in tangible ways. And like those founding revolutionary Virginians who fought for our freedom and liberty, Virginians today are answering the call their forefathers answered some 240 years ago.

One might ask, are we on the verge of a new American Revolution? It’s not as if the politicians and their supporters today, trying to usurp the people’s rights, differ greatly from the 18th-Century British. After all, the first battle of the Revolutionary War was fought over the Redcoat’s attempt to confiscate Americans’ guns.

But I’d argue we are not on the verge of revolution; we’re participants in a continuing revolution. Remember, Americans strive to create a “more perfect union.” This presumes continued progress toward perfection, which is impossible but is a worthy goal for which to strive. This goal also includes preserving our sacred and inherent rights as enshrined in the Bill of Rights of the U.S. Constitution, including the Second Amendment.

In 1776, America’s enemies of liberty were seen primarily as foreign; today, sadly, the enemies of liberty are domestic. They’re our own people, our fellow Americans, who strive to deprive their fellow citizens of the right to defend themselves against criminals or even a tyrannical government.

Nothing about any perceived “modern age,” which is transient, prevents a people from being abused by government as in “past ages.” This move by Virginia legislators serves as a modern illustration that American freedom, liberty, and independence were never inevitable, they still aren’t, and never will be.

Neil Gorsuch also reminds us of something Daniel Webster said, “Hold on, my friends, to the Constitution and to the Republic for which it stands. Miracles do not cluster and what has happened once in 6,000 years, may not happen again. Hold on to the Constitution, for if the American Constitution should fail, there will be anarchy throughout the world.”

In point of fact: there is a Virginia legislator, Donald McEachin, who has called for the Virginia governor to call out the Army National Guard to enforce the gun bans and confiscations politicians want to pass with their new majority.

But now, according to 2acops.com, “VA Wants To Fire And Blackball Cops That Refuse To Enforce Unconstitutional Gun Laws.”  2acops.com describes the commonwealth’s “legislature is in a quandary. They ignorantly thought the police would carry out their orders, but they won’t.”

Reportedly, Virginia Attorney General Mark Herring blamed the “Second Amendment sanctuaries” on the “gun lobby.” But 2acops.com responded “the gun lobby is not behind this; it is the Sheriffs and Chiefs that are putting their foot down to protect their residents.” Think about that. Washington, Jefferson, and Madison’s Revolution is alive and well in their home state.

On Dec. 5th, Virginia Democrats introduced House Bill No. 67. This amends a Code of Virginia statute dealing with “strikes” by certain government employees. Rather than bore you with the minutia, the legislators apparently want to consider cops upholding and defending the Constitution, by refusing to follow any order to disarm their fellow Americans, as a “labor action” because it is illegal for cops to strike.

Every cop in the nation should read this bill to see how far some legislators will go to abridge Americans’ rights. They are quite literally attempting to make illegal upholding and defending the U.S. Constitution. The oath to which both state legislators and law enforcement officers swear.

There are some ominous signs in some responses to Virginia’s pogrom against the commonwealth’s gun owners. According to Firearmsnews.com, Tazwell County not only passed a Second Amendment Sanctuary Resolution but also a Militia Resolution.

To get a better understanding of the Militia Resolution, Firearmsnews.com spoke with Tazwell County Councilman Thomas Lester. Lester is also an American History and Political Science professor.

Professor Lester explains the substance behind the emotion of the militia resolution, which is contained in “Article I. Bill of Rights, Section 13. Militia; standing armies; military subordinate to civil power.”

By the way, the above links to a Commonwealth of Virginia website. You know, the state government now controlled by politicians who swore an oath to uphold and defend the U.S. Constitution and the Constitution of Virginia. Which, like the federal constitution, recognizes “the right of the people to keep and bear arms shall not be infringed.”

Essentially, Virginia’s constitution mandates the people maintain a citizen militia separate and apart from “any standing army or a National Guard.” Lester says, “If the (Federal) [or state] government takes those arms away, it prevents the county from fulfilling its constitutional duties.”

This is getting scary, folks. And, again, who will this crisis primarily suck into this constitutional tornado? America’s law enforcement officers.