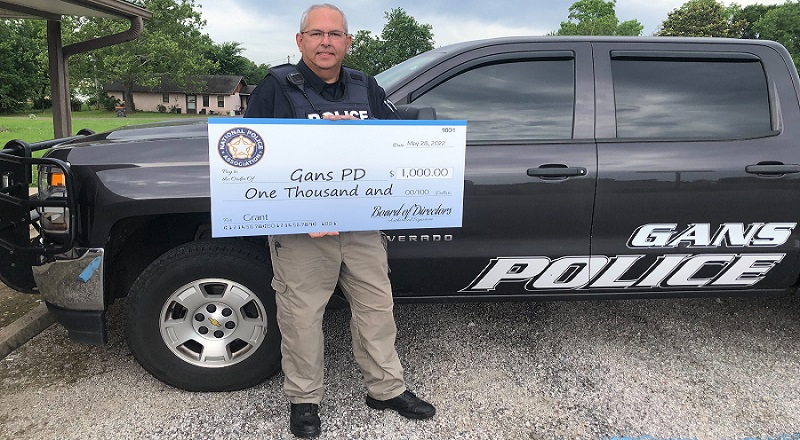 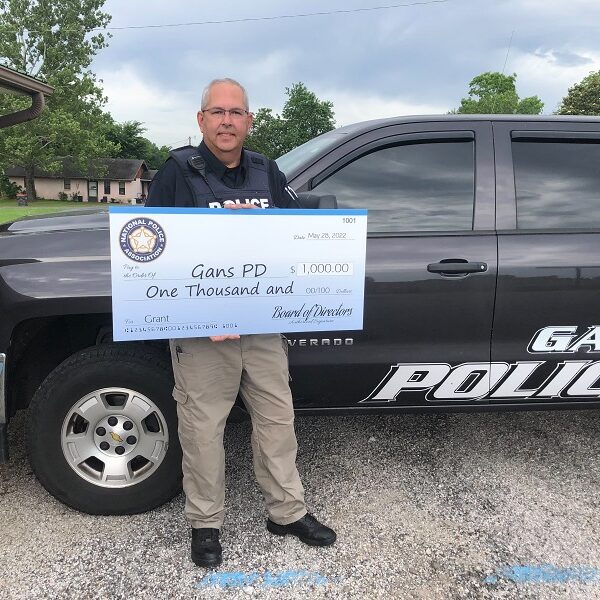 The National Police Association has awarded the Gans, OK Police Department a $1000.00 grant. The grant will support the purchase of first aid kits and other safety supplies for the officers.

Gans is a town in Sequoyah County, Oklahoma. It is part of the Fort Smith, Arkansas-Oklahoma Metropolitan Statistical Area. The population was 312 at the 2010 census. Gans is situated on State Highway 141 approximately seven miles southeast of Sallisaw and one mile southwest of U.S. Highway 64, originally lying within the Sequoyah District of the Cherokee Nation.