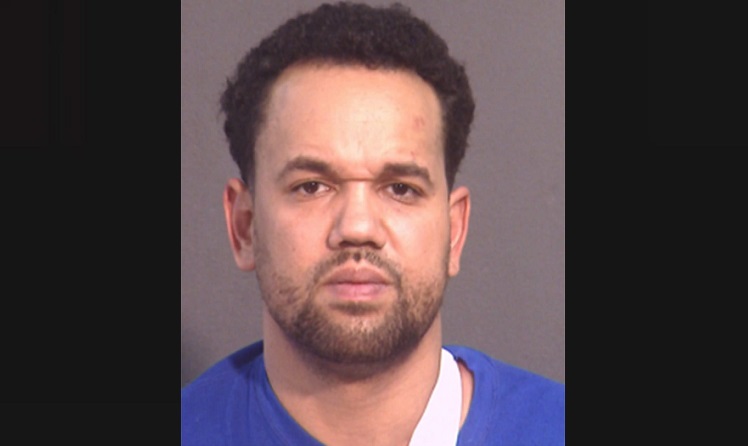 Professional athletes are no different from any other Americans in terms of equality according to government. These competitors work incredibly long and hard to develop their unique talents, and, for that, they deserve their accolades. However, pro athletes are also among the most privileged people in the United States, so when they use that privilege to do something outrageous, it attracts attention.

The NFL is a special case because they were the league most infamous for widely disrespecting traditional America, including, conspicuously, cops. Infamously, Colin Kaepernick wore police “pig” socks to a 49ers practice.

Many NFL players, fueled by their acceptance of anti-police myths, knelt for the American National Anthem, which disrespects our shared country and law enforcement. This makes it all the harder for cops to understand when an NFL athlete, past or present, helps raise bail to release a suspect who allegedly shot and seriously wounded an NYPD detective.

One officer described the suspect as “A convicted drug dealer with an extensive criminal history who willfully shot a police officer….” The cop added, “What else do you need to know about the criminal justice system today? There is simply no regard for the safety of the public.”

According to FOX News, “[the suspect] has seven previous convictions in New York, including aggravated license, criminal possession of a controlled substance, and reckless endangerment, officials said.”

The Post said Grant, with others, raised the $500,000, 10 percent cash alternative, for the suspect’s $5 million bail. “Sources,” said Grant, put “up a large portion of the money.”

The suspect was initially held with no bail, Judge Lisa Grey sending him to jail for attempted murder. But, remember, this happened in criminal-friendly New York. The suspect’s “lawyer, Lance Lazzaro, appealed.” So, “An ex-con accused of shooting an NYPD detective during a Staten Island drug bust was sprung from jail Wednesday….”

Though the suspect was not a target of the warrant, police say he “started shooting at officers from a bedroom with a 9 mm Beretta handgun.”

NYPD Police Commissioner Keechant Sewell said, “Even with a serious leg wound, bleeding badly enough that fellow officers had to apply immediate pressure to slow the blood loss, he held a ballistic shield in front of his team to protect them from gunfire.”

Saying, “There’s no such thing as a simple gunshot wound,” Eli Kleinman, NYPD’s supervising chief surgeon, noted the detective’s leg wound was “a possibly a career-ending injury and certainly a life-threatening injury.”

President Paul DiGiacomo of the Detectives Endowment Association said, “The fact that an individual who shot an NYPD detective is walking the streets of our city is a slap in the face to every dedicated member of law enforcement.”

DiGiacomo added, “What’s more disgraceful is that former NFL player Ryan Grant funded the bail of an attempted cop-killer, drug dealer who pushes his deadly poison in our communities.” The union president wondered if Grant would have been as anxious to help the suspect if his family member had been one of the victims.

Staten Island DA Michael McMahon spoke out forcefully on the incident. “Unfortunately, the Appellate Division got this wrong and made a ruling I vigorously disagree with. Pizarro’s release is an obvious example of the absurdity of Albany’s ‘protect the rights of alleged criminals and screw the victims’ approach. It’s another slap to all of our detectives, the entire NYPD, and in particular, the brave officers this defendant nearly killed while they executed a search warrant in our ongoing fight against drug dealers on Staten Island.”

I don’t know what kind of man Grant is or his motivation for posting this scumbag’s bail. Is the suspect a family member, an old friend, or maybe someone he believes saved him in a past life? I don’t know. So, I can only judge his actions by what I do know.

And I know it’s hard to understand a man who gives the benefit of the doubt to a repeat offender who allegedly fired a gun at police officers doing their duty. I’m open to an explanation, but this is not like some BLM-type gesture like displaying a thug’s name on your helmet. Grant helping to slap down half a million dollars to free a suspected cop shooter, who was trying to kill cops, doesn’t have me giving Grant a similar benefit of the doubt.