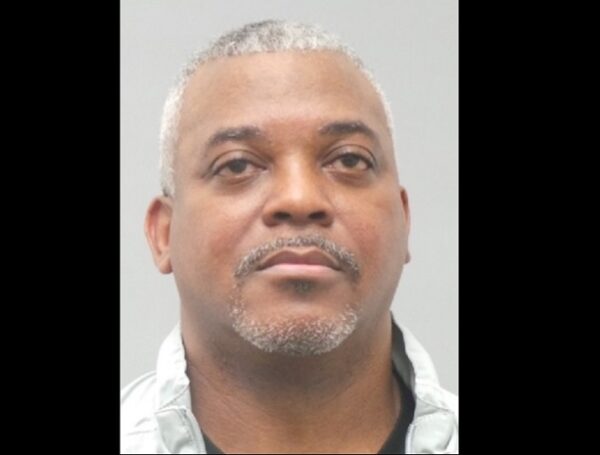 How many times can police say, “Here we go again?” I don’t think a day passes where a prosecutor somewhere doesn’t charge a cop with murder for doing his or her job.

We all know about George Soros’ posse of non-prosecutors proliferating across America. We’ve seen the destruction of justice wrought by his acolytes in Massachusetts, Virginia, Pennsylvania, Missouri, Illinois, and California, to name a few. Seriously, there are many more enemy prosecutors across this nation.

Soros’ Godchildren are hunting cops while catching (or not even) and releasing criminals for serious offenses and prosecuting good cops. St. Louis County Prosecutor Wesley Bell is one. After more than five years, he reopened the case against Officer Darren Wilson, who’d been cleared by the DOJ and others of wrongdoing in the Ferguson, Missouri Michael Brown shooting.

Still, even after finding there was no evidence to charge Wilson, Bell still insists the officer should have avoided shooting Brown. I wonder if Bell might be good enough to share what magic words knows that would have stopped a 6’4”, 290-pound man from punching Wilson and grabbing for his gun—before he could even get out of his patrol car.

Well, in typical Soros’ Godchild form, Bell just indicted a deputy who’d come to the rescue of a man and his grandson who’d just been carjacked. KSDK News 5 reported, A 53-year-old St. Louis Sheriff’s Deputy, James Buchanan, is the latest cop to be charged with murder.

Buchanan made the unforgivable mistake of stopping to help a man, 67, and his 10-year-old grandson. They’d not only been carjacked but also the suspect drove back and hit the man with his own truck and almost hit the boy as well.

On July 6th, 2020, the man was in his black pickup truck with his grandson in a McDonald’s parking lot. Reportedly, William Burgess, armed with a screwdriver, accosted the grandfather inside the truck. After a brief struggle, the man snatched his grandson and got out of the truck. The suspect then fled—or so they thought.

A few moments later, Burgess turned the truck around and sped back toward the pair now walking on the sidewalk. Police say Burgess careened across oncoming traffic, up onto the sidewalk, and then toward the man and boy. The man pushed his grandson out of the truck’s path, and Burgess struck the man, causing a serious leg injury.

Deputy Buchanan, in uniform and on his way to work, saw the hit and run. Burgess then crashed into a nearby residential yard, bailed out of the truck, and ran behind the buildings.

Deputy Buchanan chased Burgess and reportedly, repeatedly, commanded the suspect to stop. The deputy told investigators Burgess didn’t stop but instead charged him. Buchanan said he fired one shot, which stopped Burgess. The suspect was transported to the hospital where he died from his wound.

Sounds like the deputy was pretty heroic, right? He did what cops are supposed to do. Well, not according to St. Louis Prosecutor Wesley Bell. He hasn’t explained why he presented this case to a grand jury.

However, the grand jury returned an indictment for second-degree murder. As I wrote in an article for The Tatum Report, “Bell said grand jury privacy rules prevent him from commenting on what evidence the grand jury based their indictment.”

Sara Buck, the man’s daughter and boy’s mother, said, “I couldn’t believe it. I don’t understand how a hero is now a murderer and a carjacking criminal is the victim.”

Erinn Wicks, believes her son, Burgess, whom she described as having addiction problems, “should have went to jail for what he did,” but “he didn’t deserve to die for what he did.” Okay, but should Deputy Buchanan go to prison for what he did? Wicks contends the deputy should not have put himself “in danger without backup.”

Well, sometimes that’s just how it works out. What if the erratic and violent Burgess had broken into one of those houses and injured or killed someone? Then Bell would have likely held the deputy accountable for not stopping the suspect.

When Buck told her son the prosecutor had charged the deputy with murder, the boy was baffled. He said, “But he saved our life; I don’t understand.” Well, he’s not alone. Cops across the nation don’t understand. Buck said, “Everyone is dropping their jaw; it’s not just me.” She’d called her father to tell him, “The officer who saved your life is now the murderer.”

St. Louis Sheriff Vernon Betts spoke highly of his deputy. “I know him personally; he’s a good guy, a family man with a daughter in college, a believer in the Almighty.” Betts added, “It was not his intent for things to turn out this way.” The deputy fired only once because, in this case, that’s all that was needed to stop the threat.

Some criticize the deputy because they say the suspect was not armed at the time of the shooting. I’m not sure how the deputy could know that. Consider he’d apparently just witnessed the suspect hit a man with a vehicle and attempt to run down a little boy.

Then, reportedly, behind a building, the deputy confronts the suspect and tells him to stop. The suspect refuses and continues to advance on a uniformed, armed sheriff’s deputy. A smart cop has to consider some things here. Either the suspect is armed but has not displayed a weapon yet, he intends to take the deputy’s weapon, likely to use it against him, or maybe he’s attempting suicide by cop.

The Sheriff also noted, “The indictment has had a chilling effect within the St. Louis Sheriff’s Department. I’ve got guys murmuring today, ‘if we’re going to be indicted to help citizens, why even do it?’” The Soros’ plan in action.

Sara Buck boils Deputy Buchanan’s actions down to this. “He is supposed to protect and serve, which is exactly what he did, and now he’s being crucified for it all because of him helping my family,” Buck said. “I don’t understand our justice system.

“This is not justice, that is for sure.”