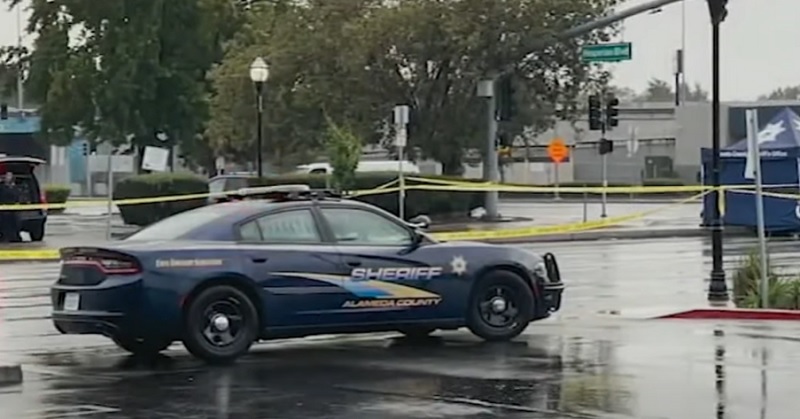 One of the unintended consequences of the FBI leadership scandals over the past several years is how the taint infects the entire agency and even the profession. Some say, aside from the Russian Collusion Hoax, which seems to have involved high-ranking FBI malfeasance, the taint could affect other investigations when the defense brings up the trustworthiness of the FBI, as an agency, evidence, and testimony.

I thought of this when I read a recent story about 47 California deputies suspended after allegedly “failing” their police psychological tests. According to USA Today, “The Alameda County Sheriff’s Office has stripped 47 deputies – 10% of the force – of their guns and arrest powers because they failed psychological exams in the wake of a fatal double shooting allegedly committed by a former deputy.”

The double-shooting stems from an incident where a former deputy allegedly shot and killed a married couple. Family members reported the deputy had been romantically involved with the female victim. This is obviously a horrific crime, and if convicted, the defendant should suffer the full force of the law.

However, as I researched this story, my thoughts wandered beyond the exams. I observed how cynical, not skeptical, I’ve become whenever I hear about police discipline. It’s more than a benefit of the doubt for fellow cops. It’s a consistent suspicion that nefarious actions are targeting law enforcement officers.

After many agencies fired American police officers for attending a political rally in Washington D.C. (who hadn’t entered the capitol or been charged with any crime,” I’m, I think understandably, wary. And there are the many cops who’ve been fired for not submitting to an iffy “vaccine.” And what about the many officers the NPA has written about who’ve been disciplined, fired, and even prosecuted for doing their jobs? How can anyone not hesitate before accepting any cop’s alleged wrongdoing these days?

Here, the murder case seems to have served as a launch pad to preemptively suspend nearly 50 cops who had no connection that incident. Reportedly, the former deputy, homicide suspect allegedly failed a psychological exam. So, to limit liability, “the Sheriff’s Office conducted an internal audit of deputies’ psychological examinations from January 2016 to the present.”

Any officer who scored a “D. Not Suited” could not serve as a peace officer under state law. The Sheriff’s office said it had received “incorrect advice… several years ago from the California Commission on Peace Officer Standards and Training.” They said they were under the impression they “could hire candidates who received such a rating.”

Reportedly, the 47 deputies had allegedly received a not suited psych exam status. Sheriff Gregory Ahern said if deputies pass the exam on a second attempt, he can retain them. He hopes they can do the retests within two months. The exams will be conducted by an expert outside the department. Ahern wants to get the situation resolved “as quickly as possible.” He added, “We also intend to have you [deputies] return to full duty status once you obtain a ‘Suitable’ finding.”

Leftist cop-critics have pounced on the issue, claiming the department had turned a “blind eye” to unsuitable deputies. Kelly pulled no punches when he said, “I know that people are going to assume that all these deputies are killers. But that’s not true. This test tries to find out if you are psychologically suitable for the job, to handle all the horrible things we see. At the age of 22, sometimes you’re not. I know this isn’t good. But it’s not as bad as it sounds.”

Because of the seriousness of the accusations against the former deputy defendant, many people feel the psychological exams exist exclusively to weed out those capable of potential criminal violence and other illegality. That is one crucial aspect. But more than that, psych exams help agencies determine if recruits have the psychological strength and resilience to deal with the nastiness cops are exposed to daily.

Knowing all this, here I am reading about this story, wondering if this mass suspension is prudence or a part of what I’ve interpreted as the political purge of good police officers on display across the country. What are agencies now using as a baseline to determine if candidates are psychologically “qualified” to be cops.

Have there been significant recent changes? And, if so, what are they? Sounds like fodder for another article.

Before I retired, there was a lot of talk at my agency about getting rid of (purging) the “dinosaurs.” The experienced veteran officers who knew how to do the job but had run afoul of “reformers” who, knowing nothing about police work, never hesitate to decide which officers were or were not suited for the job.

If hiring processes legitimately find candidates psychologically unsuited to be cops, fine. If the exams are objectively composed to do the job effectively, candidates who fail should not be given a badge and gun. But the exams given must be objective psychological tests and not partisan political exams.