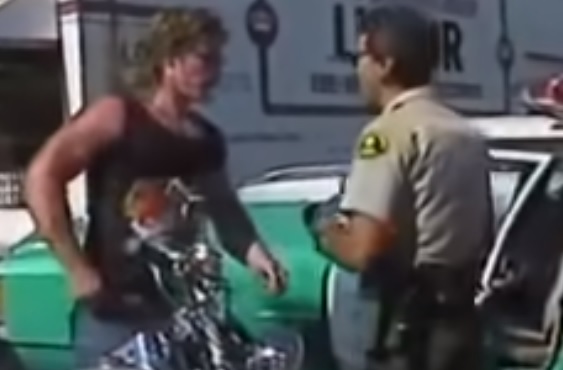 Usually, police officers don’t know you, and they sure don’t know what you might do. When you think about it, it’s kind of weird people think they should. Cops cannot read your mind. No, really, they can’t. They don’t know you’re the kindest pacifist put on God’s green earth since Gandhi. So, while most law enforcement officers are highly perceptive, not one of them was issued a crystal ball or x-ray glasses with their badges and guns after graduating from the police academy.

Now, some people, actually a lot of people these days, simply don’t like, trust, respect, or whatever law enforcement officers. They prefer to assume the worst about cops, so they create opportunities to treat police officers disrespectfully or worse by being unreasonable, uncooperative, or violent.

But another hitch is that even good, honest people who don’t understand police work (most people) have a hard time understanding how any cop could see them as anything other than good and honest. How dare you think I committed a crime? How dare you think I might hurt you? So, even people who otherwise support the police can become kneejerk critics if they find themselves in an uncomfortable encounter with law enforcement.

If you think about it, it’s bizarre to think that any cop who doesn’t know you should somehow know you mean him or her no harm—even if you’re a good person. Especially for police officers. If you’re asking an officer to simply “trust” that you are not dangerous, you’re asking that officer to risk his or her safety and even life. Would you be willing to put your life at risk hoping someone you don’t know is not dangerous?

I’ve had people who know me say they don’t mean me when they criticize cops. They tell me, “You’re different.” No, I’m not. I’m just like the vast majority of police officers. The difference is the context. If we’re at a social function, chatting about cop stuff, you see a kind, considerate, friendly person. That’s how you’d find most cops in a similar situation.

Similarly, if you found yourself on the other side of my ticket book or one of my tools-of-the-trade in a violent encounter, you wouldn’t think I was so kind, considerate, and certainly not friendly. There is a time for friendliness, and there is a time for not being so friendly. Knowing the difference is how cops live to go home at the end of watch.

Context is so important. Everything in a cop’s world is shifting and changing sometimes in the proverbial blink of an eye. People need to understand an officer’s behavior in these contexts. They need to realize the officers have to err on the side of safety while on duty. In fact, keeping themselves safe through officer safety tactics keeps not only the officer safe but also the victims, witnesses, innocent bystanders, and the suspect.

Don’t mistake officer safety tactics for rudeness, although that’s how it may come off at times. My partner once got a citizen complaint for “rudeness.” Was he rude? Well, again, it depends on context. In this context, he was just being safe. In fact, we still laugh about the finding to this day. Essentially, he was found to have been rude… but within department guidelines. Today, he’d probably get fired.

For example, in a suspicious circumstances investigation, you might take offense at an officer asking you to take your hands out of your pockets. But as long as your hands are in your pockets, an officer can’t focus as well on other aspects of the contact. If, without thinking, you suddenly pull your hand from a pocket, let’s say holding a cellphone or other object, an officer might mistake the move for aggression and the object for a weapon and act accordingly. Especially, if weather conditions are poor or it’s nighttime. Officers simply don’t have the latitude to make officer safety errors. Misreading officer safety situations can mean a trip to the hospital instead of home. Or, worse, not going home at all.