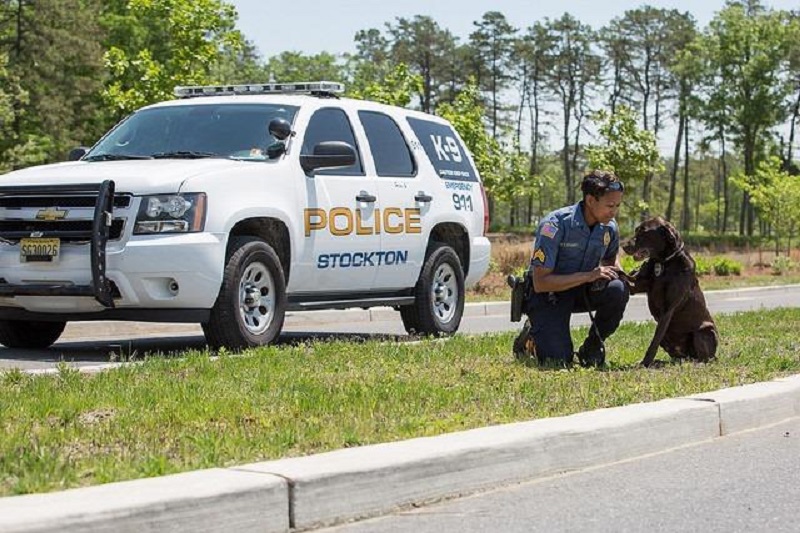 With all the acrimony amid our society lately, it is refreshing and gratifying to see any kind of bonds flourish regardless of the noise outside (or inside, if you are dining in a restaurant and anarchists storm in to make demands). While the abolish police-biters sharpen their fangs, the steady flow of examples of what our nation would look like without cops seems daunting. Perhaps that is the same judgment among the majority of sensible thinkers. But plow ahead we must…

As law enforcement agencies and their personnel courageously continue to navigate the turbulence tearing through our cities, the concept of unit cohesion is even more paramount, especially when others intent on ripping us apart are not so subtle about doing so. One recent example was the assassination attempt on the two Los Angeles County Sheriff’s Office deputies who despite being severely injured, catered to each other’s needs and negated the grim reaper’s death wish.

Although some law enforcement entities have their LEOs paired up in cruisers, most cop shops ride solo. One all around exception is the canine unit: a partnership consisting of one guiding human and one dedicated dog. And these proverbial dynamic duos are significant assets among the justice league arsenal of crime-fighters. But it is what each does for the other which fascinates me most: Unshakable bonds forged in tons of virtues such as love, respect, loyalty, devotion, and honor parlaying into relative oneness…complimenting each other as they set out for duty.

Today, I viewed a video which depicted a policeman (canine handler) and his police work dog “Havoc.” (Yes, the irony of an animal named after something it is trained to quell. Cops have the greatest sense of humor.) In the brief video, Tampa police Canine Officer Ray Wurst talks about his life as a cop with a police canine and how both are so well bonded.

Officer Wurst elaborates how his police partner is with him 24/7/365. This is how it is in law enforcement canine units—a professional/personal marriage of sorts. As Officer Wurst stated about life as a law enforcement canine handler, “the best thing I got from this job is having him.” It shows. Did you take note of K9 Havoc hanging on every word spoken by Officer Wurst? How he watched his handler’s hands, acutely waiting for their own internal coding (often in German) to go do police work, or whatever? I’ve often admired the infinite supply of pictures whereby a police canine is attentively looking up at his handler’s chin while poised right by his/her side, literally locked and loaded and waiting for the Go! signal.

Whether police de-funders consider canines among miscellany or not —and do not care what goes on the chopping block— these highly trained and superbly skilled animals are to be reckoned with in terms of successful police operations. To put them in the metaphorical dog house would be counterintuitive and self-defeating. The gobs and gobs of bad guys, illicit drugs, guns, dirty money, and an array of contraband seized because of these fabulous creatures’ abilities benefits every jurisdiction. The only persons blind to that would be those wearing political masks and carrying a grab-bag of rhetoric.

For the most part, these dogs have no idea of all the phenomenal catches for which they are instrumental. I mean, human cop counterparts can search a car for a load of narcotics and potentially get a batch of dope off the streets, but it sometimes takes quite a while to achieve while playing the cat-and-mouse games. For a police canine, however, the nose knows…and gets right to the heart of the matter—whether it be in a glovebox or under the ice-bed of a box of stinky shrimp. Cocaine, weed, whatever…the dog will find it then exhibit the predetermined signal to his handler: The dope is right here. When do I get my treat? 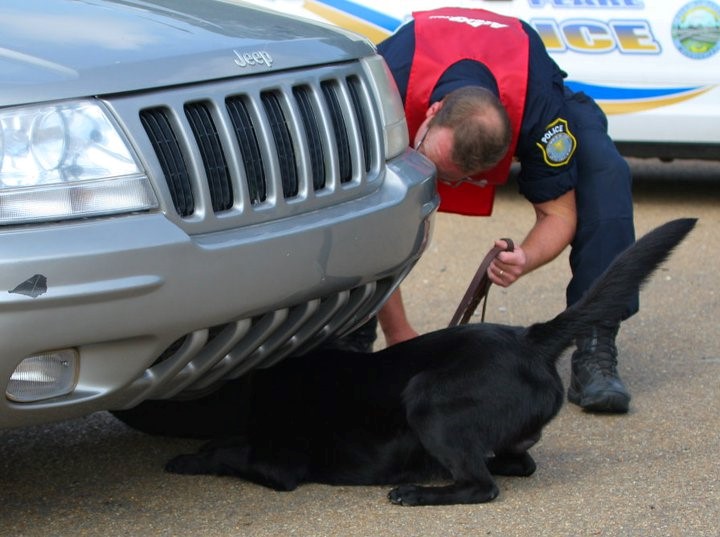 Whenever I engaged in a vehicle and/or foot pursuit of suspect(s) during which a police canine was on duty, and either on the way or already on scene…no one got away. No one!

Police K9 training is constant and includes the full battery of law enforcement-related skills. Per the United States Police Canine Association, police service dogs are included during “range day” and firearms training: “K9 Nacho with weapons familiarization training. Important to have a calm dog and obedient dog when the handler is exchanging gunfire.” Definitely no stone left unturned (not only because there might be a bone under there). 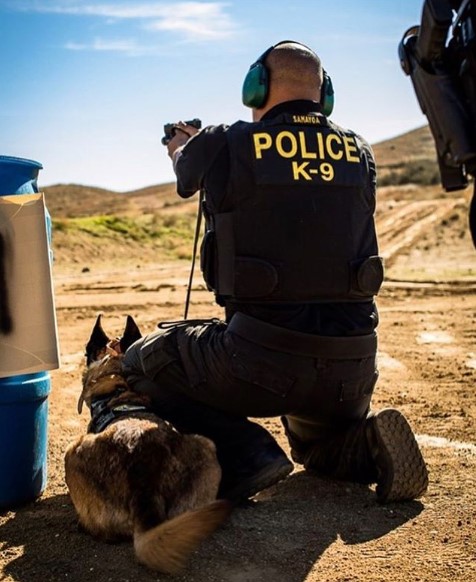 These creatures are absolutely fascinating to work with…get the job done expediently and efficiently…and show up every time they are summoned. For the most part, kind of sounds like their human counterparts, despite the blatant signs that they are not wanted.

Although not expressly mentioned in the debates about cutting the police down to the bone (or altogether abolition of cops), it does deserve consideration in the context of neutering law enforcement capabilities. Police dogs are certified police officers —with their own police badge— and are thus among the mix of would-be reductions of a police force (if anticop activists are satiated).

Listen to any cop talk about the job and you’ll likely hear their joys as well as their sorrows. Synonymously, ask a police dog handler a question about his/her canine partner and you’ll immediately hear a rise in octave and see pure exuberance. As Tampa PD canine handler Wurst said more than once in his department’s video expose, the “best partner I ever had.”

From municipal police departments to federal law enforcement agencies, canines are fast on their feet and play a vital role in criminal apprehension, bomb detection, and search and rescue operations, among other things (exposes at schools result in kids enamored with police K9s and the law enforcement profession).

And for those who are wondering What about canine cats? we hear you. That is why the Polk County Sheriff’s Office in Florida named one of their police partners…ahem…“Cat.” Recently, this cool Cat located a missing child…all by using its nifty nose. As the Polk County S.O. stated in a PSA, “If you see a bloodhound tracking, and you hear a deputy yelling ‘Cat!’ don’t worry…he hasn’t lost his mind.”

Whether it be a canine or horse, animals helping in police missions are a vital ingredient scoring huge successes, not just operationally but socially. Cutting police service animals would be one of the greatest injustices committed by misguided political movements operating without critical analysis.

No matter what happens in the future of American law enforcement, we take the opportunity every day to thank police officers, both two- and four-legged, especially on the heels (or hooves and paws) of National Thank a Police Officer Day (September 19, 2020).

One last dog thing: Among some of the few select breeds commonly employed/deployed by police departments are the German Shepherd, the Rottweiler, and the Malinois. Although I’m certain (witnessed with my own eyes on years of midnight shift duty) that each breed has fine points and meritorious sensations, it appears there may be a standout…at least according to this social media post:

“A Rottweiler, a German Shepherd and a Malinois were having a drink together and the Rottie says, ‘God told me I was the most handsome and powerful dog ever.’

“The German Shepherd looked up and said, ‘Well, God told me I was the bravest and most loyal dog ever.’

“The Malinois knocked back his drink and looked at the other 2 dogs and said, ‘I don’t remember saying any of that BS!’”

They’re all top dogs in my book.