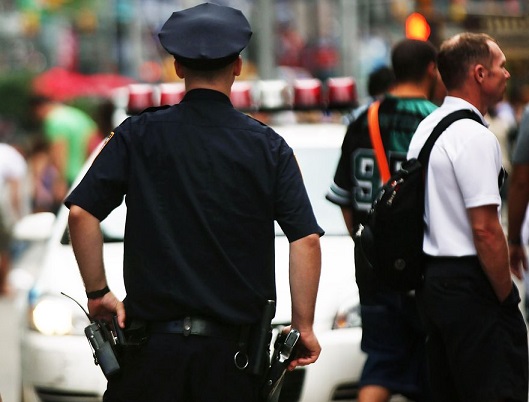 Being a police officer is challenging. That’s not news. Cops have always had their critics, and that’s a good thing in some ways. For one, it keeps officers aware of the special responsibility they have in a civil society. They are the sword and shield arms of their communities. More than any other profession, without police officers, the people’s pursuit of happiness would be impossible.

But what happens when that special position comes with significant liabilities but few if any commensurate benefits? For example, society holds cops to a higher standard, and it should. But some people, because of today’s cultural rot, even many policymakers and the courts, no longer give law enforcement officers the benefit of the doubt they’re due. Unless an incident is captured on video, from multiple angles, many officials decide the officer is lying.

Here’s an example I wrote about in my first book, Is There a Problem, Officer. Several of us responded to a single car collision into a concrete bulkhead at a school. On arrival, the primary officer approached the wreck, saw there were no injuries, and attempted to take the driver into custody. Oh, did I forget to mention the car was a reported stolen?

While trying to arrest the driver, three bystanders came over to “help” the driver. The officer told them to stay back. They did not. Instead, one suspect attacked the officer, kicking him in the chest. The other suspects also resisted other officers. Eventually, we took the three into custody, with at least one who’d been pepper-sprayed.

While transporting one of the three interfering suspects to the precinct, he wanted to know why the primary officer was trying to keep them from “helping” the driver. His face dropped when I told him the suspects were in a stolen car. He actually apologized, which was short-lived before an attorney got a hold of him.

They went to trial in municipal court for misdemeanor assault and resisting arrest. Yes, the county prosecutor refused to try the men in superior court for the felony assault on police officers they’d committed. Despite several officer eyewitness testimonies about the assaults, the jury acquitted the three men. I later learned that during post-trial interviews, some jurors told the prosecutor the defendants had “suffered enough” because of the pepper-spray.

The acquittal in municipal court led to a civil rights trial in federal court. During the stress of months of trial, the primary officer who’d just been doing his duty, lost over 20 pounds he couldn’t afford to lose. I wouldn’t be surprised if it ends up taking years off his life. The plaintiffs won.

The benefit of the doubt cops used to enjoy has virtually disappeared, especially in liberal urban areas. Even with video recordings clearly exonerating officers. With people, even those in positions of responsibility—politicians, community activists, teachers, etc., continuing to spread anti-police myths such as Black Lives Matter’s “hands up, don’t shoot,” the narrative has taken hold: the cops are not to be trusted.

Despite the benefit of the doubt law enforcement officers should have earned through the rigorous selection process: a battery of physical and mental health testing, a background check, polygraph, police academy, advanced training, field training, continuing training, and swearing an oath, cops no longer enjoy this benefit.

After a high-profile use-of-force incident, instead of explaining to the public why what the cop did was necessary, civic leaders attack officers for doing as they were taught. They deem the cop’s actions “wrong” because it “looks bad.” Sorry folks, uses-of-force rarely look good.

On the one hand, society holds cops to a higher standard, more recently, to an impossible standard. But on the other, they enjoy no advantages for accepting this standard. It makes you wonder why officers still swear oaths at all.

So many government leaders also swear oaths to uphold local, state, and federal laws. But then they betray those oaths before they’ve even lowered their right hands, the fingers of their left hands likely crossed behind their backs. If the oath means nothing to them, I’m sure they don’t think cops take their oaths seriously, either. They’re wrong.

We see so many elected officials swear oaths to uphold the Constitution, but then set out to repeal or abridge the Second Amendment. And we see politicians and political activists also seeking to reduce First Amendment rights by restricting the voices of their political opponents. First, they conflate the speech they don’t like with being “evil”—I mean, Hitlerian evil, and then they justify their attempts to squelch free speech as fighting their fictional evil. It’s diabolical.

How can police officers function effectively without the benefit of the doubt they not only deserve for the sacrifices they are willing to make but also for the ultimate sacrifices too many of them have already made serving their communities?

In so many communities today, we’re witnessing that the police can’t function effectively. Law enforcement agencies at all levels are having a difficult time finding qualified candidates who want to be cops. Why would anyone want to subject themselves to the disrespect and lack of support police get these days? My eight-point hat is off to officers who continue to work in this environment.

Still, I recall new officers who told me if they did the job the way their academy instructors and FTOs had taught them, they’d be fine. I told them that’s what mine told me in the academy back in 1992 when it was still closer to true.

Now, I know many officers who’d held that idealistic view. Until, they tried to play on that social justice field with ever-moving goal posts and found their employment in jeopardy. They got no benefit of the doubt. But they did get disciplined, fired, or tried even though they’d done nothing wrong and were just doing their jobs.