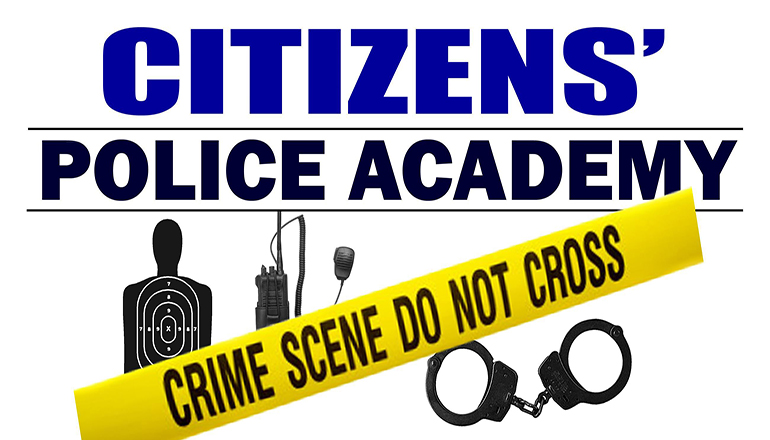 The purpose of a Citizens Academy is to familiarize citizens with the operations of the police department. This can include classes on patrol procedures, criminal law, narcotics, search and seizure, tactical operations, investigations, juvenile law, firearms demonstration, emergency vehicle operations, use of force issues, and police canine demonstrations. Participants may also have the option to ride with a patrol officer and witness the street-activity officers encounter on a day-to-day basis.

It’s also a way for community members to learn how to be the eyes and ears of their neighborhoods.

The academy is intended to open lines of communication between the community and the police department.  By allowing citizens a firsthand look at the police department and how its operations are handled, citizens take away a better understanding of the police role in the community. Additionally, citizens bring a wealth of knowledge about their community and, particularly, the problems in their neighborhoods. In this way, police are able to learn and better understand the concerns of the citizens.

“If you’re not part of the solution, all you get is a band-aid after the fact,” said Ron Mesic. He took the Warren Michigan Police Department’s Citizen Academy classes last fall.