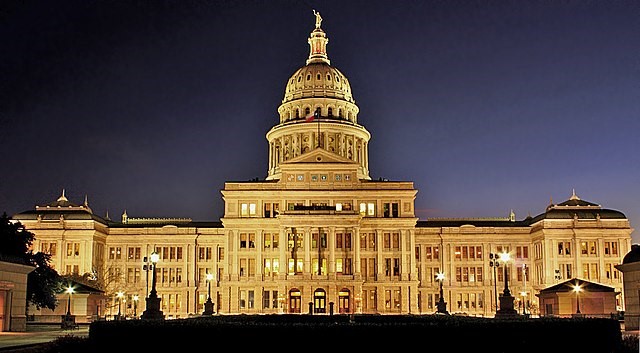 There doesn’t seem to be a lot of actual police misconduct in Austin, the Texas state capitol. So, it seems Travis County District Attorney José Garza has to pretend there is apparently by making some up.

According to FOX News, Terry Keel pulls no punches when discussing Garza. Keel is a former Travis County Sheriff, Assistant DA, and current attorney for Nathaniel Stallings, the most recent Austin officer to be acquitted.

Keel told FOX News Digital, “Austin has descended into a dysfunctional prosecution-local police relationship with resultant widespread crime similar to other U. S. cities with Soros-financed, anti-police prosecutors. The last line of defense against the unfair targeting of police for criminal prosecution is the jury trial, which really makes that the last stand against tyranny.”

But, sadly, we know that last stand against tyranny doesn’t always work. Fortunately, this time it did.

Stallings faced charges of “abuse of official capacity and… official oppression…” from his 2018 indictment.

But don’t people have to wonder about the legitimacy of any charges brought against a police officer by a man who’s made it his mission to “crack down on alleged police misconduct” above any crack down on real crime surges by real criminals?

Garza seems to be specifically targeting police officers. Keel also said, “What happened here, in this case, is symptomatic of a desperate and rudderless DA’s office trying at all costs to charge and prosecute a police officer simply for doing his job.”

During the trial, Keel called Detective Ricardo Pelayo to testify. Pelayo is the lead investigator into the original 2017 incident involving former Officer Stallings. According to the Austin American-Statesman, when asked about Stallings’ actions, Pelayo said, “in my training and experience, I would’ve done the same thing that Officer Stallings did.”

You’ll hear this a lot in this type of case. I wrote about a friend of mine from my department whom the city fired for doing his job. Despite the department’s top defensive tactics instructor testifying the officer’s actions were proper, they still fired him. In fact, since this happened in looney, lefty Seattle, after a disciplinary review board (DRB) ruled the city had to rehire him, they refused, and a judge and the state Court of Appeals eventually vacated the DRB’s decision—because leftists are no longer allowed to lose.

The officer decided to fight by the Left’s rules and has filed another lawsuit against the city.

Back in Austin, like other activist DAs across America, Garza seems to prefer prosecuting cops over criminals. FOX reports, “More than two dozen police officers have been indicted during Garza’s first two years in office, including 19 who are facing charges for their alleged misconduct during social justice protests in 2020.”

More accurately, for serving the public during dangerous Antifa/BLM riots for which prosecution of rioters is rarely accomplished or even mentioned.

Austin law enforcement has been battling Garza for some time now. Again, I’ve mentioned what cops who’ve been in the coppin’ biz for a while and those working for sane jurisdictions still understand, cops and prosecutors are supposed to be allies working together for the community to put the bad guys in jail.

Too often today, you have prosecutors who enter office believing the cops are the bad guys, and their focus turns to targeting police officers rather than criminals for prosecutions. In fact, it seems that more often they think the cops are the criminals.

For example, earlier this year, a kerfuffle erupted over Garza publicly announcing police indictments, allegedly, “to influence the Democrat primary and runoffs.”

Ken Casaday, president of the Austin Police Association, had said, “The district attorney is using this case [an officer indictment] to drive voters to the polls. He is driving people to vote for a far-left radical ex-city councilman who is running for Congress. Greg Casar did more to ruin the city of Austin through spearheading the defunding of the police movement more than anyone else in the history of the city of Austin, and DA José Garza is following in his footsteps.”

Using standard leftist drivel, Garza struck back, accusing his opponents of insisting “that there must never be accountability for law enforcement if they break the law.” Who on the right says that?

Has anyone ever heard anyone conservative say police who are legitimately guilty of breaking the law should not be held accountable? No. Because it doesn’t happen. More than anyone else, genuinely dirty cops negatively affect the 99.9 percent of clean cops.

Just the fact Garza retreated to this ideological hyperbole reveals his weak argument. He scoffed at people who say that his “office’s review of the 2020 protests have been biased and that [they] are targeting police, while letting others off scot-free. That could not be further from the truth.”

But that is the truth, studies of those arrested, charged, or prosecuted continue to show it. And similarly, leftist activist, George Soros-funded or styled prosecutors repeat this corruption all over the nation.

These pretend prosecutions (with cruel consequences for cops if judges or juries get it wrong) are happening nationwide. It’s gotten to the point it’s almost not news anymore. However, these cases must remain in the news, which is part of the NPA mission.

Whenever anyone sees a story about a wrongly charged, prosecuted, or convicted cop and realizes this garbage is still occurring, it keeps the prosecutorial corruption in the public consciousness. And keeping it, to quote the brilliant White House Press Secretary KJP, “top of mind” will help to get the message out that the mainstream media refuses to get out.