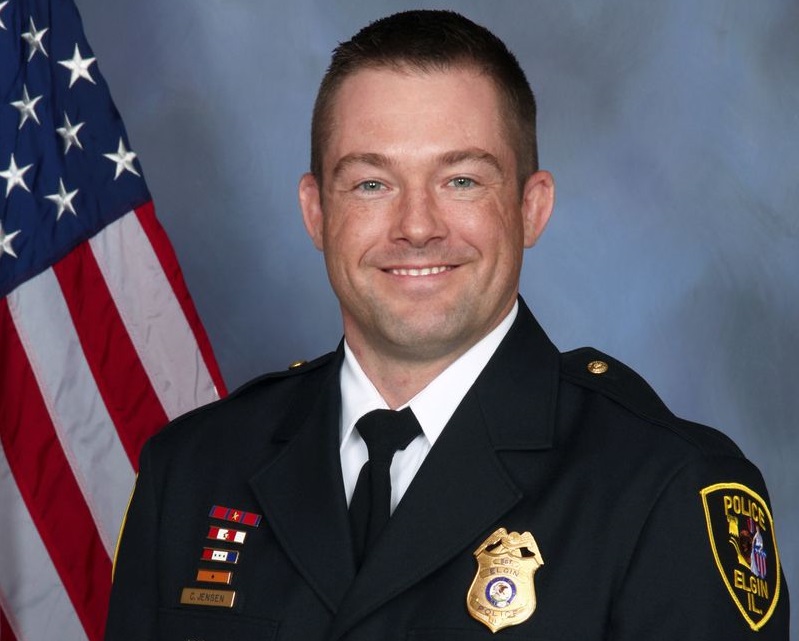 UPDATE: August 7th 2019 2230 names of signers of our petition asking for the reinstatement of Lt. Jensen were provided to Elgin City Manager Richard Kozal and Elgin Police Chief Ana Lalley.

Over the past two decades of public service, Elgin, IL Police Lt. Christian Jensen, has received 22 commendations and more than 70 letters of appreciation. He has served the people of Elgin as a SWAT team leader, and adviser to the Police Explorer program. In addition to uniform patrol he has served in the gang crimes unit and the narcotics unit.

On March 12, 2018 DeCynthia Clements, after leading officers on a chase, initiated a standoff on the side of the highway. Officers attempted to negotiate with her for an hour. After finally agreeing to surrender she instead set her vehicle on fire, exited, and charged toward the officers with a knife in each hand. In defense of his life and the lives of others Lt. Jensen fired his duty weapon fatally wounding Clements. A medical examiner determined Clements had cocaine in her bloodstream.

In the aftermath of the encounter Lt. Jensen was placed on administrative leave and has been subjected to multiple investigations. An outside consulting firm, Hillard Heintze, just found Jensen acted within use of force policies. The Cook County State’s Attorney’s office and Illinois State Police both previously found no grounds to file criminal charges against Jensen.

Yet, his reinstatement is not certain. City Council members Corey Dixon and Tish Powell are demanding he be fired. Police Chief Ana Lalley has yet to make a recommendation to City Manager Richard Kozal about whether Lt. Jensen should be fired or reinstated.

A petition with more than 1,600 signatures signed by anti-police activists demanding Lt. Jensen’s firing “on moral grounds” was submitted to the Elgin City Council.

Our petition is now closed for submissions.