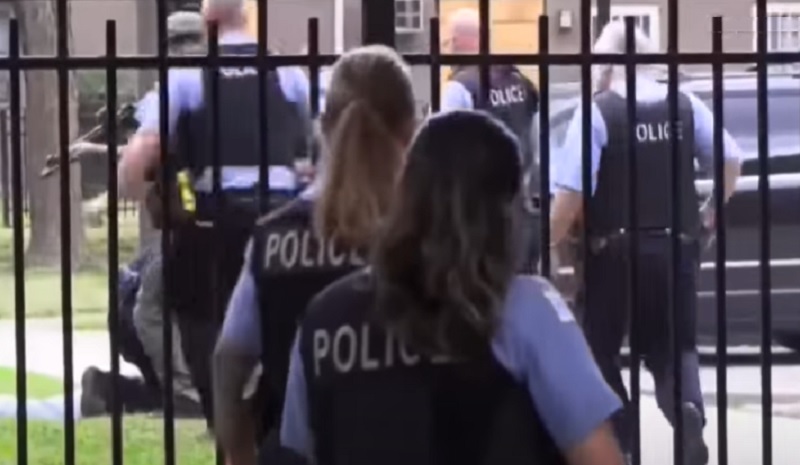 Annual numbers of officers killed in the line of duty vary widely from year to year. One identifiable trend is death by ambush. Police officers were murdered in 2021 at a rate 59% higher than the previous year. Among the officers murdered in 2021, 25 were killed in what is described as “unprovoked attacks” where no intentional law enforcement contact had been initiated by police. This includes officers who were killed sitting in the car, stopping to assist a motorist, or other routine activities not directed at the killer. In addition to these attacks, ambushes of officers responding to calls for service who are attacked without warning also increased.

Maria Haberfeld, chair of the Department of Law, Police Sciences, and Criminal Justice Administration at John Jay College told news agency CNN “There is an overall climate now that is very anti-police, which adds a different angle to what used to happen periodically to police in the past years. The anti-police climate would surge after a high-profile case, and usually after a month or so it would subside. But right now, we’re talking about over a year of high-profile, anti-police coverage.”

Haberfield is not the only expert that connects anti-police sentiment and messaging through the media to the sustained increase in violence against the police. FBI Director Christopher Wray stated to CBS news “Violence against law enforcement in this country is one of the biggest phenomena that I think doesn’t get enough attention. In 2021, officers were being killed at a rate of almost one every five days.”

A study of ambush attacks by the International Association of Chiefs of Police, such attempts at murder can be categorized as either an entrapment or spontaneous. Some killers plot their attack carefully. They will calculate what kind of event or 911 call will get the best desired police response, choose their location and the expected location of arriving officers, and consider their escape route unless their intent is to die by provoking a deadly assault as a means of suicide. The spontaneous offender simply finds an opportunity to pre-emptively engage in shooting at officers.

Officer survival rates in the entrapment ambush are about 40%, with a slightly better hope of survival of 49% for spontaneous attacks. Some officers still do not wear body armor, especially investigative personnel, but those who do obviously have a greater chance of survival.  When an officer has the chance to take cover their survival rate is 68% and was that of those who were able to direct gunfire at their assailant.

The challenge to police officers in preparing for and surviving ambush attacks is that these survival practices almost always are counter to what the public demands in terms of police-community relations. In other words, the practice of good, “Officer Friendly” community relations puts the officer at increased risk of murder.

Officers may be encouraged or expected to do some of their paperwork in a public place where they can be visible to the public and approachable. A program in Albuquerque provided booth space for officers to write reports or take breaks in convenience stores with a window view. What officer would place themselves at that level of vulnerability regardless of the public relations value! The same is true for sitting in a patrol car beneath the shade of a tree or in a parking lot. Particularly at night, when an officer’s night vision is impaired by a dome light, the marked patrol car may be a comfort to citizens passing by, but an irresistible target for a BB gun, firearm, or firebomb.

Taking breaks, especially routine and predictable ones, in restaurants and coffee shops has provided the opportunity for ambush such as that of the four Lakewood, Washington police officers murdered as they worked on their laptops in a coffee shop on an otherwise quiet Sunday morning. Being on the alert when approached by citizens may be offensive to someone who just wants to ask where the closest McDonald’s is, but it is a necessary practice for a person in uniform.

Paranoia and constant alertness can be off-putting to a citizen having a nice conversation with a police officer. The officer’s constant breaking eye contact to look beyond the citizen, swiveling to scan the room, watching where their fellow officers are, and tilting their heads to listen to radio traffic can seem to be detached and even rude. It is the public’s price to pay for the officer’s safety to continue to protect and serve.