Skip to content
The Criminal Justice System Does Have Systemic Corruption. Just Not How It’s Portrayed. 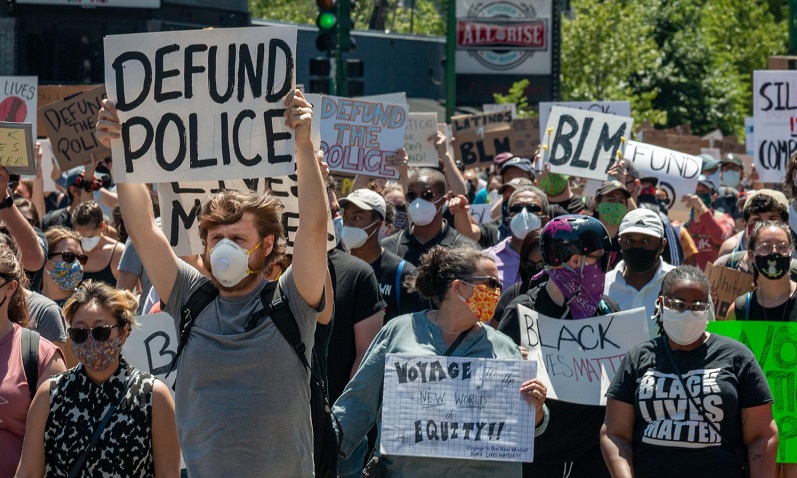 We hear a lot about so-called “systemic” corruption from the left. Systemic racism, systemic homophobia, and… systemic systemicism (okay, I made up that last one, but you get the point).

I have to admit, though, they may have a point about systemic corruption poisoning our criminal justice system. But I’m talking about systemic stupidity. The kind running rampant in so many American cities.

There have been many calls to “defund to police,” which have led to eliminating police specialty units that target violent crime, specifically involving firearms. Then, inevitably, we heard calls to reestablish these police units in places such as New York City and Portland, Oregon. But these city leaders’ systemic stupidity gets in the way of fixing the system.

In Portland, Oregon, efforts to reestablish the disbanded Gun Violence Reduction Team, which was specifically deployed to reduce people committing crimes with firearms, has met resistance. Not only from the radical left but also from a lack of officer interest because of those systemic issues.

Unless the repairs to the criminal justice system are “systemic,” there will be no fixing it. In cities like Portland, the left has taken every portion of the system hostage: the police, prosecutors, and judges. Defense attorneys were already a lost cause (smirk).

Leftist attacks on police officer integrity, lies and myths about police work perpetuated for years, and the installation of George-Soros-funded “prosecutors,” have hobbled and, in some places, destroyed the criminal justice systems. L.A. District catastrophe George Gascon is a great example of a leftist systemic destruction of a city’s criminal justice system.

People are witnessing another example of this systemic corruption in New York City. The New York Post is reporting that the “NYPD’s new anti-gun unit,” which is probably just a reconstituted old “anti-crime unit,” has hit the streets and is making arrests. Good! That’s what cops do and do very well—when politicians let them. But the prosecutors and judges have to also be onboard, right?

The NYPD renamed the new units “Neighborhood Safety Teams” because we all know a rose by any other name…. Obviously, the old Anti-Crime Units were unacceptable to the left because… well, because they were anti-crime, something the anti-cop left is demonstrably not.

But, like Portland, something is getting in the way. But, here, it’s not only a lack of officer interest. It seems to be a lack of judge interest in putting bad guys in jail. As the Post reports it, “thanks to lax judges and bail reform,” four suspects arrested for weapons possession, “including some that were loaded…,” were cut loose “within hours of their arrests.”

The NYPD reported the new unit arrested 25 suspects (although the Post could only confirm 12 arrests), for firearms violations in just their first three weeks. Of those 12 arrests, only one suspect remains in jail. New York judges have returned eleven suspects to prey on New York residents “four… with no bail.”

Reportedly, one of the men arrested said he’d just found the gun only two days before his arrest. Police had confiscated the weapon from inside his lower pant leg. But that’s how it is in police work, right? People say the weirdest stuff to cops.

In my book, De-Policing America, I begin with the quip, “If you want to understand the police officer’s world, start by asking yourself this question: When was the last time someone looked you right in the eyes and with a straight face said, ‘These aren’t my pants?’”

To get more specific about gun-strapped-to-ankle man, he was arraigned the following day. The Bill de Blasio-appointed “former public defender,” Judge Srividya Pappachan, “agreed to spring him on supervised release because the charges weren’t bail eligible, records show.”

The Post reported, the next day, in Brooklyn, judges let go two more gun violation suspects. One was an instance where officers stopped to investigate a man drinking alcohol in public at about 1:30 a.m. According to court records, the cops recovered a loaded 9mm semi-auto handgun from him.

That suspect not only allegedly had an illegal handgun on him, he decided to add a crime by running from the cops. During the chase, the suspect “dropped the gun.” Another man he was with, whom police also arrested, “picked up and shoved [the gun] into a shopping bag.”

Unlike the previous case, these two gents were “bail eligible,” but at the arraignment, Judge Phyllis Chu, another de Blasio appointee, released “both on supervised release….” Brooklyn DA’s Office prosecutors specifically asked Judge Chu to hold the primary offender on bond. “But she declined.” The co-defendant was later also released after prosecutors saw that Judge Chu had released the primary offender.

Perhaps the most egregious of the catch-and-release batch was another Brooklyn suspect arrested for felony firearms possession. According to the Post, cops pulled over the 21-year-old suspect in a car where they found drugs.

During the investigation, police also recovered a .380 pistol and ammo “inside his bedroom dresser. And prosecutors also charged him for allegedly ‘choking his girlfriend, the mother of his children….’”

This suspect obviously fit the criteria for custody or at least a high bail. But systemic leftism was there to put up roadblocks. The Post reported, “Assistant District Attorney Ari Rottenberg said during [the suspects’] arraignment on both cases that the offenses were bail eligible but ‘given the specific circumstances’ of the matter, he recommended Judge Laura Johnson cut him loose on supervised release, according to a transcript of the proceeding.

“[Judge] Johnson ended up releasing [the suspect] on his own recognizance.” Oh, good. A happy ending.

Thinking about this stuff must kill brain cells. These leftist officials, who rant about “gun violence,” let “gun criminals” go. And then when one of them commits a heinous act, shooting and killing one or more people, those same leftist officials call for more gun laws (yup, there go more brain cells).

Whether in Portland, New York, or Los Angeles—or so many other leftist-run American cities, we must combat the systemic leftist corruption ruining much of our criminal justice system. When looking back at the push for “defunding” or even “abolishing” the police, law enforcement’s lucid, informed objections always proved true. Always. They still do.

And though there may have been a bit of I-told-you-so-ism involved on the cop’s side, America’s peace officers mostly just want to get back to work and restore law and order in those places where it has been so callously ripped from communities of good people.

We need to let cops get back to dealing with criminals they understand as opposed to the corrupt, Soros-funded (non) prosecutors and judges they’ll never understand. Prosecutors and judges, whom, when cops asked, “why are you letting this gun felon and career criminal, who ran from the cops, and strangled his girlfriend, out of jail?” say something as stupid as, “these aren’t my pants.”

Here’s another thought. Let’s keep the cops and the criminals as they are. At least, they each know which side of the law they’re on. Instead, let’s get us some new prosecutors and judges. The kind who actually prosecute and judge.