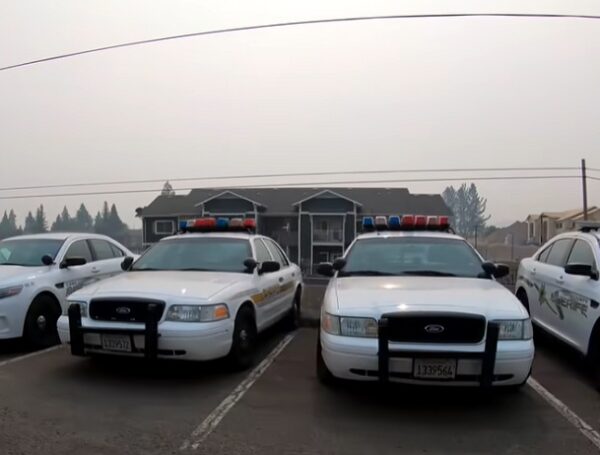 It seems clear, many cops who submitted to the mRNA injection did so under vehement protest. And I know that many cops, and non-cops, who received the injection even voluntarily still have an enormous problem with the “let’s see your papers” mentality of this government overreach.

Former NYPD police officer and U.S. Secret Service Agent Dan Bongino, now an influential radio/TV talk show presence, is in that category. Because of some serious recent health issues, Bongino got the injection. Regardless, he’s pushing back against his employer’s “vaccine” mandate. The Epoch Times reported, Bongino told Cumulus Media, “You can have me or you can have the [vaccine] mandate. But you can’t have both of us.”

Now, because of the proof of injection mandates, he’s risking his multi-million-dollar contract for his principles. He won’t work for a corporation that would abuse his colleagues like this. Not in the United States of America.

Now, state, county, and city government leaders who are mandating employees turn over private medical records to remain employed have fired thousands of employees from various agencies. In Washington State, despite the best efforts of politicians to massage the numbers, troopers, officers, and deputies will tell you the termination toll on staffing is staggering.

There is no doubt it will impact public safety. Criminals will hurt, kill, and take other peoples’ stuff who would not have if not for these irresponsible decisions to force cops out of their jobs. Is this an effort to purge the resistant so they can bring in the compliant? It’s hard to argue it’s not.

This American Crisis has brought some thoughts to mind: Thomas Paine’s views on “sunshine patriots,” Sam Adams comments about those who refuse to defend liberty, and, oddly enough, mutual aid contracts.

These notions may seem disjointed but bear with me. Paine’s words leaped to mind when I considered the sacrifices of my bothers/sisters behind the badge who stood up for the importance of conscience against this health crisis exploitation by radical leftist, anti-police politicians.

Thomas Paine, in The American Crisis, famously wrote, “THESE are the times that try men’s souls. The summer soldier and the sunshine patriot will, in this crisis, shrink from the service of their country; but he that stands it now deserves the love and thanks of man and woman. Tyranny, like hell, is not easily conquered; yet we have this consolation with us, that the harder the conflict, the more glorious the triumph.”

And, equally famous, these words from Samuel Adams:

“If ye love wealth better than liberty, the tranquility of servitude better than the animating contest of freedom, go home from us in peace.

“We ask not your counsels or your arms. Crouch down and lick the hands which feed you.

“May your chains set lightly upon you, and may posterity forget that you were our countrymen.”

Now, these men wrote or said these words to inspire people during a bloody revolution to gain a nation’s independence. They may not suit the current situation in America to a T (then again, they may). However, America may not be engaged in a bloody conflict, nevertheless, there have been too many casualties.

Whether motivated by religious convictions, medical concerns, a simple commitment to individual liberty, or a combination, the right to be sovereign over your own body is sacred. As NBA star Kyrie Irving so plainly yet eloquently said, “This is my life. I get to do whatever I want with this. This is one body that I get here.”

We owe all the cops and other Americans standing on principle a huge debt of gratitude. Too many people resign themselves to “go along to get along.” However, history has shown us appeasement never placates tyrants—at least, not for long. They always want more power.

As for the automatic mutual aid agreements police and fire agencies have with each other, the holes they poke into the ludicrous nature of these arbitrary mandates reveal the government’s lies regarding the mandates being about health rather than politics.

Mutual aid agreements mean neighboring agencies will automatically assist each other to enhance public safety. These stories are anecdotal, but they are poignant, and you’ve probably heard similar accounts yourself.

This first one is medical-related, but it highlights the same premise. I heard a nurse on a radio program tell the host her hospital fired her for not submitting to the vaccine mandate. After they fired her, she went to work for a temp agency that gave her an assignment as a temp—working at the same hospital that fired her.

On another radio show, I heard a cop say his agency fired him from his police department for failing to show proof of his injection. He said he then went to work for a neighboring agency that did not enforce an injection mandate. But because of mutual aid he said he responds to calls in the jurisdiction that just fired him.

Incidentally, Spokane County Sheriff Ozzie Knezovich, in Washington State, has produced a recruiting video which “prominently declares vaccination is not required.” Every American should congratulate the sheriff and other similar law enforcement leaders for their sane stances.

Think about that: cops and nurses fired by one agency only to be hired by another and then sent to their original agencies because those places are so short-staffed, in part, because they just fired so many employees.

When taking these things into consideration, it appears weakening the public safety system is not a matter of science but a matter of politics. Now, because of these political tyrants, there are numerous cops, firefighters, nurses, doctors, teachers, and others sitting down at kitchen tables. They’re explaining to their children why Thanksgiving and Christmas may be a little lean this year and why they have to move out of their homes.

May God bless them all.