Skip to content
Biden Says, You Showed Me the Cops, Now, I’ll Find You the “Crime” 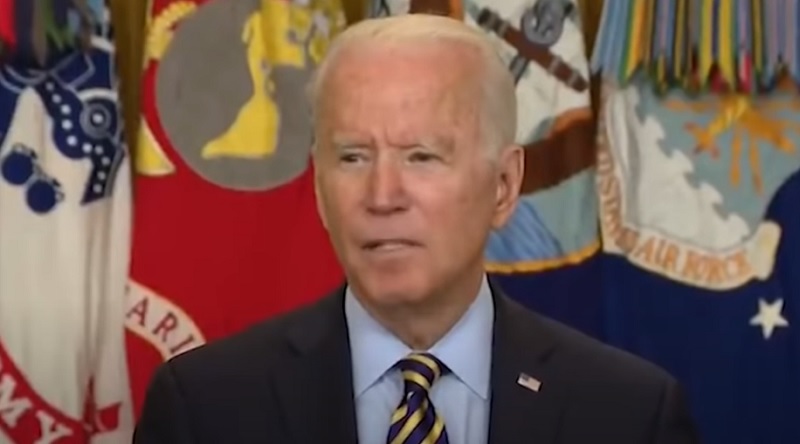 It’s a sign of Joe Biden’s moral (or immoral) center that the one time he keeps a promise, rather than tells a lie, is to punish law enforcement officers. Several mounted Customs and Border Patrol (CBP) agents were falsely accused of “whipping” immigrants who were attempting to enter the U.S. illegally.

Even The New York Times had to print a (quiet) correction, but that’s not stopping Biden. He promised to punish the agents, and that’s what he’s going to do—regardless that they did nothing wrong. He’ll find something.

This has prompted the NPA to take action against this injustice. An article from NationalPolice.org, as printed at PR News Wire, reads, “The National Police Association (NPA) announced today that it filed a Freedom of Information Act (FOIA) lawsuit against the U.S. Department of Homeland Security (DHS) & Customs and Border Protection (CBP) for communications and records pertaining to the allegations by the Biden Administration against mounted Border Patrol agents in the ‘Whipping’ incident.”

This anti-police Biden administration lack of transparency is not surprising and supports the reason for the lawsuit. The DHS and CBP “failed to reply to a February 22, 2022, FOIA request…” from the NPA.

This administration has a poor record of answering FOIA requests speedily, or at all, often forcing requesters to sue them. This is odd, especially after Biden declared he would be “the most transparent president in history. Period.”

He doesn’t even qualify as translucent.

The NPA has requested information regarding the DHS investigation into the debunked “whipping” incident. This includes conclusions, analyses, and communications, including emails and texts from the Secretary of Homeland Security Alejandro Mayorkas and his staff.

The NPA alleges the defendants have violated the FOIA law, “by failing to conduct a reasonable search, and by failing to produce the responsive, nonexempt records.”

To review: Cop haters falsely accused the CBP agents on horseback of “whipping” people who were disregarding their orders in an attempt to gain illegal access into the United States. Officials, including Biden, exploited published photos of the incident to condemn the agents. They leveled the accusations despite the photographer “stating no such thing happened.”

The NPA intended for the FOIA information to provide evidence “which prove the Administration knew or should have known that their accusations against the Board Patrol agents were false when made or immediately thereafter.”

According to NPA spokesperson Sgt. Betsy Brantner Smith (Ret.), the administration has conducted a fishing expedition for “administrative violations” with which to charge the innocent agents. Sgt. Smith believes it’s an attempt by the Biden administration to “save face.”

Why does “saving face” so rarely involve telling the truth and doing the right thing?

The NPA believes “the lawsuit will result in DHS and CBP conforming to the law and handing over the communications and documents that prove the Administration knew their accusations against these agents were false and took no corrective action.”

This correction needs to be made in the interest of justice, but the Biden administration doesn’t have a good track record of following the law at the southern border. At a time when leftists say law enforcement need to build trust with the American people, those same leftists continue to lie about cops and make false accusations against them, which only causes more mistrust.